Vaughan, Ontario — Yet another chop shop operation has been shut down in the GTA this week, as York Regional Police (YRP) shed light on an investigation into an auto repair shop in Vaughan that was allegedly re-VINing and selling stolen vehicles. The YRP’s Auto/Cargo Theft Unit has charged four people in connection with the […]

Hamilton, Ontario — A joint auto theft investigation between the Hamilton, Halton and Niagara police services has led to the arrest of 33 people alleged to be connected to the rising rate of theft in the area. Project Hot Wheels was launched in late January to combat a 46 percent increase in vehicle theft reported […]

Toronto, Ontario — City council is calling on the Toronto Police Services Board to form a unit aimed at addressing the rising tide of auto theft that Toronto has been in the midst of for the past several years. On Friday, council voted to put the issue before the police board, specifically requesting it to […]

Toronto, Ontario — Buyer beware; reports have begun circulating that vehicle thieves have been “re-vinning” stolen vehicles in order to sell to unsuspecting customers. According to a report from Canadian Underwriter, insurers have taken note of a new trend prevailing among car thieves looking to turn a profit. Re-vinning involves removing the VIN (vehicle identification […] 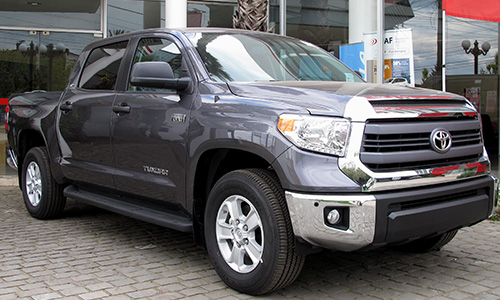