Milton, Ontario — Skills Ontario, alongside Fix Network at their Milton, Ont. training centre, officially cut the ribbon on the Trades and Tech Truck before it sets off to schools across the province. With the smell of tacos wafting from a food truck and the sound of mingling guests filling the air, representatives from both […]

Toronto, Ontario — Recognizing that it will take all of us to fill the demand for skilled tradespeople in Canada’s automotive industry, General Motors has announced that it will be sponsoring this year’s Young Women’s Initiatives program from Skills Ontario. The Young Women’s Initiatives program provides direct access to various hands-on skilled trades experiences through […]

Toronto, Ontario — Skills Ontario launched a new “career exploration” app for Android and Apple devices in December that aims to connect the province’s skilled tradespeople of all ages and skill levels with training and employment opportunities. The app puts new users through a quiz that matches them up with employment opportunities relevant to their […]

Trades for All: Skills Ontario focuses on diversity and inclusivity for upcoming virtual events

Toronto, Ontario — Skills Ontario is putting a priority on diversity this December as the provincial trades advocate announced a number of virtual events centred around inclusivity in the skilled trades sector. In the coming weeks, Skills Ontario will be hosting three in-depth programs that aim to introduce and encourage youth and new Canadians to […]

Toronto, Ontario — Skills Ontario Young Women’s Conference took place today, on May 12 where highschool students learned about careers in trades and technologies from a female perspective. Participants heard inspiring female tradespeople’s journeys into trades and technology, participated in a hands-on activity, learned about apprenticeships and the Ontario Youth Apprenticeship Program (OYAP). The conference […]

See for Yourself: Skills Ontario Competition and Career Exploration Showcase a go for next Wednesday

Toronto, Ontario — Just in time for graduation season, Skills Ontario will be hosting its annual skills competition and Career Exploration Showcase in a virtual format, next Wednesday. Geared toward high school, post-secondary and apprentices alike, the event is completely free and is set to run from 9 a.m. to 8 p.m. EST, making for […]

Experience Points: Skills Canada Level Up event to go ahead for Feb. 25 online

Toronto, Ontario – Skills Canada’s annual Level Up career event is a go for this year, in a new online format and set for the end of February. The event welcomes parents and students from Grades 9 to 12 to experience what the Canadian collision repair industry has to offer for students considering a skilled […] 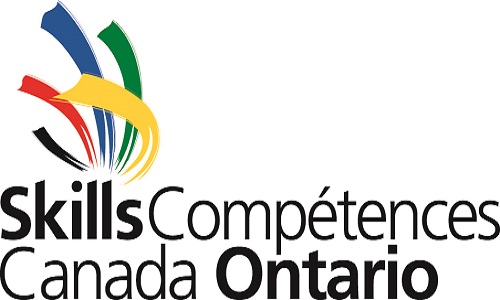