Fire damages vehicles at shop in BC 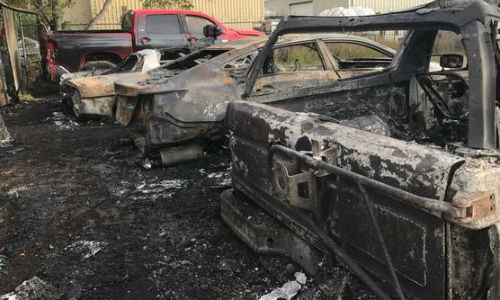 Victoria, British Columbia — December 5, 2016 — The Victoria Fire Department responded to a fire early Friday morning that damaged nine vehicles at Quality Collision Repair on N. Navarro St., according to a report in the Victoria Advocate. Victoria’s Fire Marshal, Tom Legler, said the fire was under control by about 5:15 a.m., according […]