Scarborough, Ontario — The Ontario government announced a further investment of $24 million into the province’s Apprenticeship Capital Grant program on Thursday. Citing Centennial College’s $1.6 million equipment investment as a success story, Minister of Labour, Training and Skills Development Monte McNaughton announced from the college’s School of Transportation that the Ford government is aiming […]

Toronto, Ontario — The time is now to put your shop on the leading edge of collision repair technology as applications for the Ontario Automotive Modernization Program (O-AMP) are due to open in less than a week. Starting next Monday, automotive companies from across Ontario are encouraged to apply for funding that would provide up […]

Victoria, British Columbia — With the aim of boosting jobs and innovation in the province, the government of British Columbia has allocated $10 million to support 43 new manufacturing projects. “The pandemic has changed the way many B.C. companies do business and for many, adapting and innovating is the way to ensure long-term growth,” said […]

Toronto, Ontario — The provincial government has announced that they are pumping $10 million into the Ontario Automotive Modernization Program (O-AMP) to help give a kickstart to Canada’s recovering automotive supply chain. “The strength, innovation and quality of our automotive supply chain has been essential in attracting almost $6 billion in new vehicle assembly investments […]

Ontario Premier says ‘prove your worth’ to collision repair 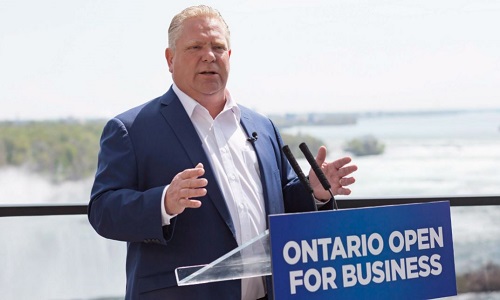 By Jordan Porter Toronto, Ontario — October 15, 2018 — In 2014, Premier Kathleen Wynne implemented a program entitled the ‘Jobs and Prosperity Fund’. This fund aimed to promote economic growth in Ontario by providing businesses with the funds to operate on a larger scale, create jobs, and build overall economic prosperity in the province. In […]