Toronto, Ontario — The last time light vehicle production in Canada was so bad, the Maple Leafs were still winning Stanley Cups. A solid zinger, but also the truth.  According to a new report from DesRosiers Automotive Consultants, last year’s vehicle production of 1.1 million vehicles was on par with levels not seen since 1967. […]

Toronto, Ontario – How’s your 2021 going so far? Well according to the latest report from Desrosiers Automotive Consultants Inc. (DAC), that may depend on what province you live in, as sales numbers for the light vehicle market are scattered across the board in Canada, with figures ranging drastically from province-to-province. With the experience of […]

One for the Books: Desrosiers names 2020 as among most impactful on Canadian auto industry

Toronto, Ontario – While 2020 was, by most accounts, a year severely lacking in pleasant memories, Desrosiers Automotive Consultants (DAC) is suggesting that the previous year may in fact go down in history as a highly significant one in the context of the Canadian automotive industry, according to a new report from the company. DAC […]

Richmond Hill, Ontario — If you can remember January 2020, when the pandemic was a mere “What if?”  Before the pandemic, DesRosiers Automotive Consultants Inc. (DAC) recorded January 2020 light vehicle sales and “unsurprisingly” found the month was the fourth-best January on record with estimated sales of 109,988 units.  But, due to the pandemic, January […]

Scanning, recruitment and training on the agenda for first CCIF of 2017 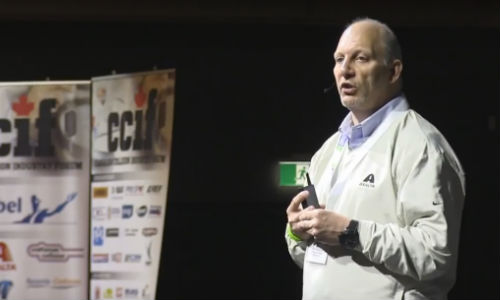 Ottawa, Ontario — December 19, 2016 — The agenda for the first meeting of the Canadian Collision Industry Forum (CCIF) of 2017 has been revealed. CCIF Toronto will take place at Universal Event Space in Vaughan, Ontario, on January 27, 2017.   Pre-registration is required to attend CCIF Toronto. Early bird registration is available until […]