Toronto, Ontario – The Chevrolet Spark faces a second recall, after initial attempts to replace corroded hood latches in 2014 were found to be insufficient. In both cases, the secondary hoot latch lever in both the Spark and its EV variant faced a risk of premature corrosion. In cases of severe corrosion, the National Highway […]

Toronto, Ontario – Four in seven midsize cars failed to earn good or acceptable ratings in the Insurance Institute for Highway Safety’s updated side crash test, according to a recent press release. Of the seven vehicles, only the Subaru Outback earned a ‘good’ rating, with drivers having acceptable to good protection in all categories. The […]

Assembled As Is: GM to deliver some Equinox, Terrain models without certain ADAS features

Toronto, Ontario — An ongoing microchip shortage isn’t stopping major automakers from carrying on with production as General Motors revealed that they will be shipping some 2022 Chevrolet Equinox and GMC Terrain vehicles without certain advanced driver assistance system (ADAS) features. A GM spokesperson said on July 4 that certain Equinox and Terrain models will […] 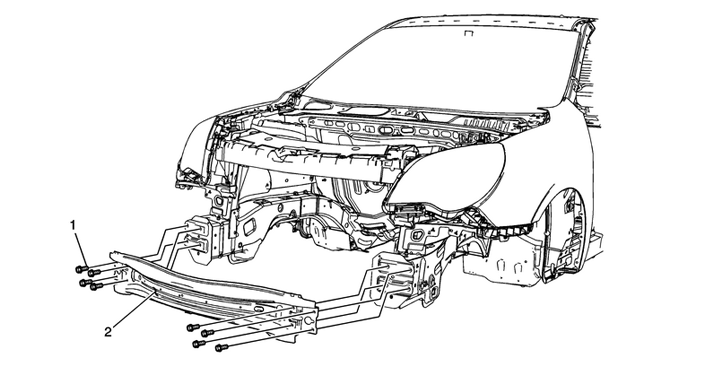 Toronto, Ontario — A pair of inquiries to the Database Enhancement Gateway (DEG) have brought about some new insights into the proper procedure for Chevrolet Equinox impact bar replacement. An inquiry submitted in April 2021 pointed out that the plates welded to the end of the frame rail and bracket of the impact bar don’t […]

Toronto, Ontario — Drivers of the 2019 Chevrolet Bolt will have their full parking privileges back “in the coming weeks” as General Motors announced that a new software update is expected to significantly reduce fire risk in the vehicle. A spokesperson from GM said that the update will limit the maximum state of charge for […]

Toronto, Ontario — Hot tip for any Chevy Bolt owners out there who are unsure what to do with their car while the recall is being figured out—don’t leave it unattended in your garage unless you’re planning on shopping for a new house as well. This message comes straight from General Motors as they advise […]

Detroit, Michigan — In a piece of good news for the automotive supply chain and drivers alike, engineers at General Motors have figured out how to fix a battery problem with the Chevrolet Bolt electric hatchback that has already caused five of them to catch fire. The company says they developed diagnostic software to look […]