Toronto, Ontario — It’s about that time again–time for Collision Repair mag’s weekly Can You Believe This?! clip! This week, see what happens when you walk your SUV like a dog; witness some strangely wrinkled panels; discover the reason we have roll cages and much, much more!

Thompson, Manitoba- A hail-producing thunderstorm in Thompson, Manitoba earlier this month has created over 250 damage claims filed with Manitoba Public Insurance (MPI) The claims come from an August 8th storm which damaged hundreds of vehicles. Hailstones from the storm were reported to have been as large as eggs, resulting in over 16-17 times as […]

Turn Your Auto Repair Business Upside Down… For The Better 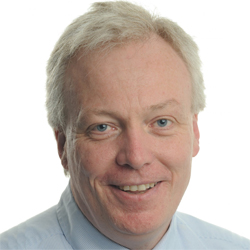 By Andrew Marsh Collision repairers around the world share a deep passion for doing the job right and doing it well. Each repair is a vehicle restoration – from minor damage to major rebuild, and each one is slightly different. There are due processes especially if external partners are involved in the start date and […]