Collision Repair met up with the coatings crew at COLAD to see what new spray equipment the company had to show attendees. Check out what Carl Garcia had to show our editor–from paint suits to brand-new tech.

Las Vegas, Nevada — From Nov. 1 through Nov. 4, Collision Repair mag was on-site at the SEMA Show, where more than 1,900 exhibitors set up extravagant displays to showcase what the modern collision repair world has to offer. Our reporters Allison Rogers and Max Reid were all over the show floor last week, meeting […]

Above: Toronto automotive painter and previous Bodyworx mag cover star Keegan de France poses with his FinishMaster Hood Master entry for this year. Keegan’s design, titled ‘Aloha’ is one of the hoods up for the Crowd Favourite pick. Toronto, Ontario — Toronto-based automotive painter Keegan De France is back in the spotlight as his “Aloha” […]

Toronto, Ontario — In the tradition of carrying on the legacy of the late Dave Smith, AkzoNobel has presented the Dave Smith Achievement Award to Dorien Lozeau of CSN Black Ace, in St. Paul, Alta. In observance of the second anniversary of Dave’s passing, AkzoNobel awarded the prize during the 2021 Skills Canada National Competition. […]

Nashville, Tennessee — McLaren Racing’s 2021 Formula 1 car will feature AkzoNobel’s high-performance coatings in an extension to the partnership established in 2008. As McLaren Racing’s Official Paints and Coatings Partner, AkzoNobel is providing its Sikkens vehicle refinish products for all painted parts of the MCL35M, as well as the team’s transport, garage and accessories. […] 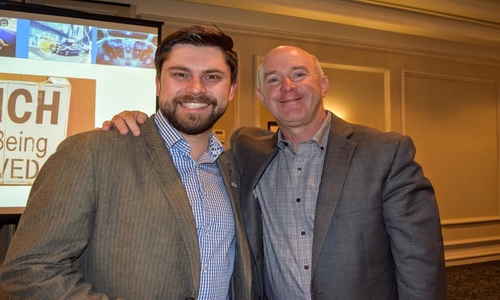 By Josh White Mississauga, Ontario — June 6, 2017 — CSN COLLISION CENTRES recently held its Ontario Regional Meeting in Mississauga. Like other CSN Regional Meetings, many topics were covered regarding CSN’s future, including discussion on insurance relations, marketing, current operations and the use of technology within CSN locations. These regional meetings offer the opportunity […] 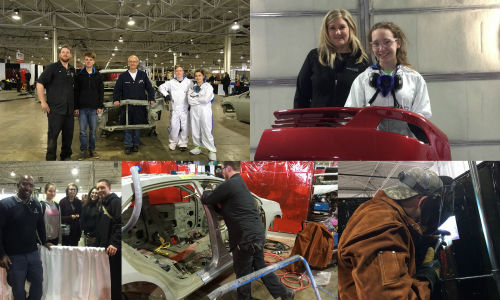 By CRM Staff Toronto, Ontario — May 4, 2017 — Centennial College students have taken gold medals in both the Autobody Repair and Car Painting competitions in the post-secondary category at the 2017 Ontario Skills Competition. The competition took place at the Toronto Congress Centre over three days. Colin Bailey took the gold medal for […] 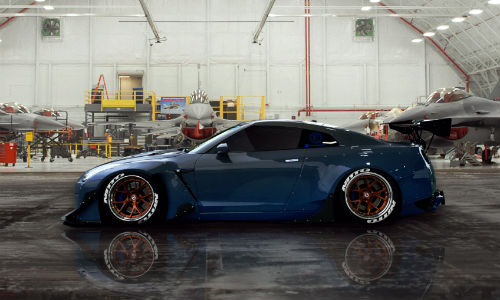 Southfield, Michigan — November 7, 2016 — The 2016 SEMA Show has officially wrapped for another year, but not before BASF unveiled a new line of colours and announced its official 2017 “Color of the Year.” According to the company, the R-M Onyx HD and Diamont Zyrilliant Color Series is a collection of 108 colours […] 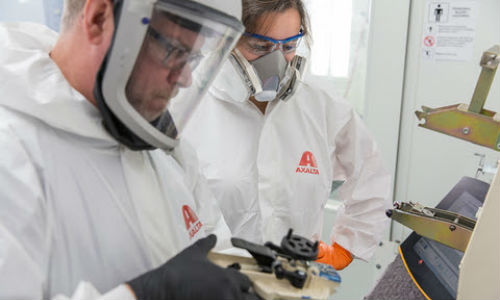 Glen Mills, Pennsylvania — July 10, 2016 — Axalta Coating Systems has launched a Master Refinish Certification program as part of its Learning and Development offering in North America. A statement from the company says the Master Refinish Certification program provides a path for refinish customers to advance skills and abilities from industry standard to […] 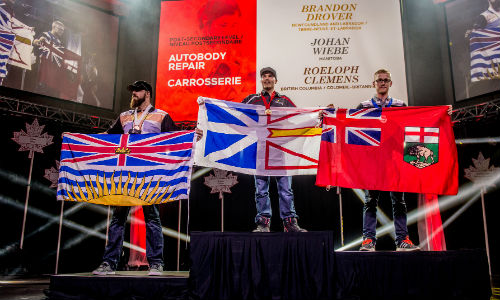 By Mike Davey Moncton, New Brunswick — June 13, 2016 — The competition at the Moncton Coliseum was fierce, but in the end it was Brandon Drover of Newfoundland who received the gold medal in the post-secondary category for Autobody Repair. Drover is a student at College of the North Atlantic and will now be […]