Pittsburgh, Pennsylvania — Repainting bumper covers with certain metallic finishes can interfere with the operation of radar units located behind the bumper, according to recent findings from PPG. The paint giant’s research was conducted in partnership with several automakers and aimed to calculate the impact of a variety of colours on repainted bumpers. The findings […] 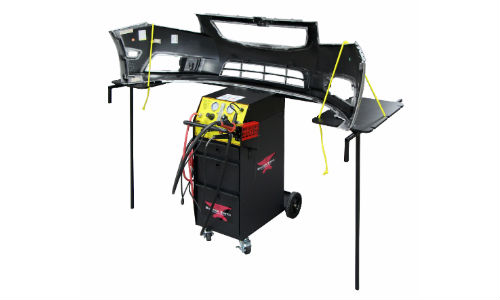 Rainsville, Alabama — February 2, 2016 — Urethane Supply Company has launched the new 6071 Bumpersmith 2.0. The new system offers a nitrogen plastic welding system combined with a fold-out bumper workstation. According to Urethane Supply Company, this allows the technician to hold the bumper in just about any position for easy repair work. The creation […]