Meghan McEwen is breaking down boundaries, mastering one skill at a time

It wasn’t just the logo on the Mustang that caught Meghan McEwen’s eyes as a child. The aggressive curves of the 1999-2004 Mustang, drag racers on TV deploying parachutes and howling car engines were some of the memories that led her to an established career in the autobody industry.

“I loved cars as far back as my memory goes. I would always point them out in traffic and say to my mom, I want the car with the pony on it!” she recalls. Today, she works in British Columbia as a dual-trade technician with 11 years experience. She is an automotive service-tech apprentice and automotive refinisher, a motorsports enthusiast with her own race team and a proud owner of two Ford models—one, a Bullitt Mustang.

Getting here was not easy though– Meghan began in the cosmetics industry— but when she couldn’t find a way to get her love of cars out of her head, she eventually made the jump to autobody.

“To be a technician, you have to have a certain personality and a certain attitude,” Meghan told Collision Repair over Zoom. “I never saw myself as an office kind of person. I’ve always liked working with my hands, problem-solving, thinking critically, that aspect of being a technician.”

“I hope that 10 years down the road, you can walk into a shop and you can say with certainty there was a girl who worked on the car.”

To make this crossover, she worked parttime in cosmetics to finance her slow but essential acquisition of equipment. This wasn’t a matter of passion, just a logistical reality. Like so many others, Meghan had to prove to those around her that she could not only succeed at this new job but outperform her peers. This started as early as she began training.

“My career choice was not welcomed with open arms. I always got questioned about why I wanted to have a career in the trades, or work on cars,” she said. “Keep in mind that when I started out, I was only 17 years old. It was very frustrating and lonely to have absolutely zero support in this adventure.” Even without the support that so many others take for granted, her sheer tenacity helped her finish the program and earn her red-seal certification: her proudest accomplishment. “It may not seem like a big deal to some, but it was a lengthy, difficult process that seemed like it was impossible.”

The issue of gender inequality is sensitive subject across multiple industries. This issue goes beyond employer fairness, beginning as early as adolescents begin selecting career fields.

“In general, the trades are still prejudiced [against] women. I’d like to see the day where this isn’t a problem, but unfortunately, even in 2022, it still exists,” she said.

Meghan faced discouragement since trade school, even as a fully-fledged technician. “There were a lot of doubts; people told me it’s dirty, dusty hard work. At five footfour, I’m a small stature female. People pass judgments like, ‘oh, that could be difficult,’ just due to my size,” Meghan said.

For Meghan, her tenacity stems from her mission to inspire young girls considering Canada’s autobody industry–to build the industry she wished for, but never had. Growing up, her role models were few: the late Jesse Combs, and the force sisters going into the Northern Late Model Racing Association.

“To be honest, that’s kind of all I had. it just goes to show you the importance of role models,” Meghan recalls. “Ultimately my passion for vehicles is what drove me, no pun intended. You do it anyway, even if you’re scared or frustrated. It’s the same in racing.” “I hope that 10 years down the road, you can walk into a shop and you can say, there’s a girl who worked on the car,” she said. She describes a future where girls are applying to trade schools, getting hired and receiving proper internships—a world where women are truly equal in the trades.

“That would be when I find some peace in my life and go, okay. I made a difference; I can rest knowing that I changed something.” For the time being, she hopes to bring her motorsports team to the United States, track racing in Washington. However, with COVID restrictions in flux, nothing is certain. “We’ll just see where the future takes us.” 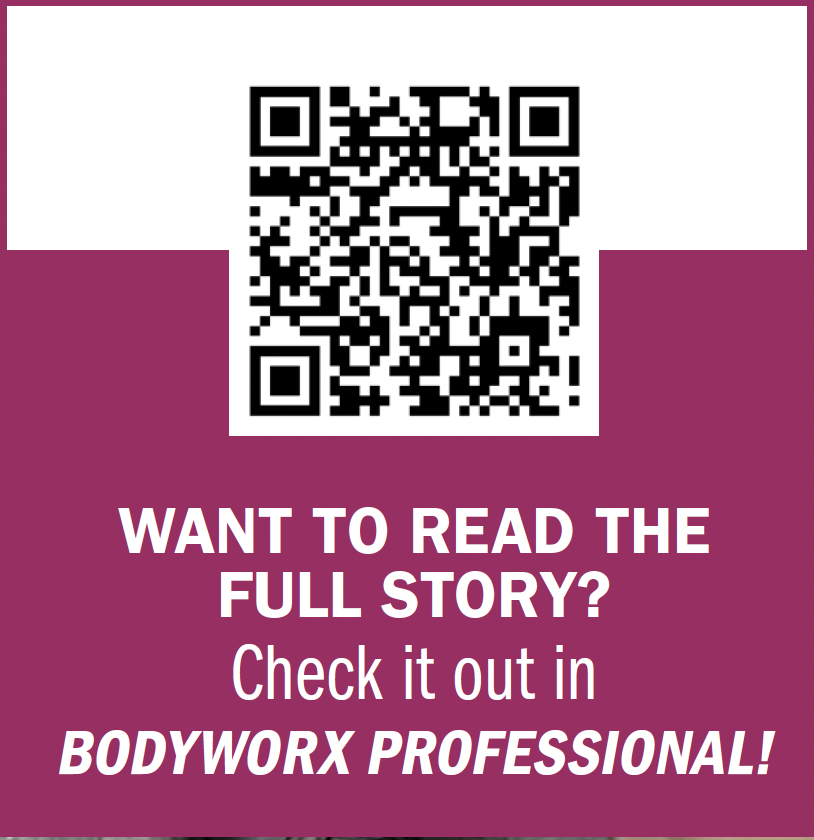