What is top production—and how do you achieve it?

Numbers are important to Mark DeLorenzo. The second-generation owner of Toronto-based Ryding Auto estimates that his collision shop would ideally service between five and 12 cars a day, depending on the size and complexity of the job.

Those were pre-pandemic figures, of course. A lot has changed in the past year. DeLorenzo echoes what many collision industry owners are saying, suggesting there has been a drop of business somewhere between 30 and 50 percent since COVID-19 radically changed the average person’s driving habits.

Regardless of that dip in the quantity of vehicles that go through the shop daily, numbers remain critical to Ryding’s success. DeLorenzo prioritizes efficiency in order to achieve what for him is top production.

He views the whole process like a Formula 1 pit stop, when the car rolls up to that exact spot so the crew can change tires and add fuel with surgical precision.

At Ryding, DeLorenzo has helped that process by developing and refining a colourized magnet tracking system that he began to implement in phases over the past couple years. “It’s all about beating the clock,” says DeLorenzo, recalling the days when he was constantly approached by staff members about each progressive step for every car in the shop.

“The customer comes in and is given a number, which stays with the car. We go through the steps to repair the car and at the end, that number comes back. “It’s simple.”

It’s similar to the concept of a conveyor belt with a car entering at one end and leaving at the other. From the initial estimate, through scheduling, acquisition of parts and authorizations, dismantling, and the ultimate repair, the car is closely monitored during each step. A green cap, for example, means ‘ready to go,’ orange is a ‘rush,’ and red means ‘hold,’ among other colours used.

The communication component–texts and emails to keep customers in the loop on progress– is generated by Mitchell RepairCenter software, which automatically sends messages after DeLorenzo has inputted relevant information. Meeting both the customers’ needs and those of a dedicated staff means everything to the owner. The shop was established in 1965 by DeLorenzo’s father Rocky, who recently passed away at the age of 87.

There’s a reputation to maintain and as they have done since Rocky started the company, Ryding does an excellent job getting vehicles in and out with minimal wait time.

And it’s getting better. DeLorenzo’s personal system, complemented by the management software, proved to be a big hit.

In the full year he began using it before the pandemic, he believes Ryding was able to service between 10 and 30 percent more cars a day. And since then, the shop has implemented even more measures to ensure a smooth process, including layout changes and simple fixes like strategically placing tools and equipment in specific areas to reduce wasted motion.

“You have to manage your time properly,” he says. “It works well because everyone here can easily follow the system. There was a lot of wasted time previously.

“The Mitchell RepairCentre system will also tell me when I’m at capacity.” While DeLorenzo has established his own method of striving for top production, there are several industry tools that can help the process. Sophisticated digital programs like CarBeat and ProgiPlanning offer shops a high-tech approach in the quest to maximize efficiency. 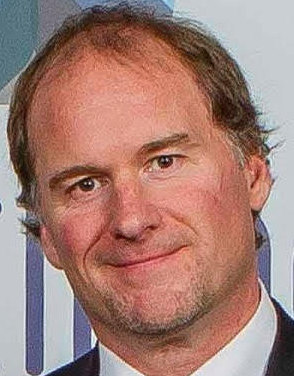 Rather than track a car’s progress manually with magnetic tiles or a dry erase marker, CarBeat tracks production digitally with a drag-and-drop screen. The system currently has about 200 users throughout North America.

John Cox, the Acoat Services Manager at CarBeat’s creator, AkzoNobel, refers to the innovative program as a “visual production management tool.” It is the digital evolution of a whiteboard, which AkzoNobel has worked on implementing with customers for years. Rather than track a car’s progress manually with magnetic tiles or a dry erase marker, it is done digitally with a drag-and-drop screen. The system currently has about 200 users throughout North America.

Cox is clear about something though – Car- Beat is just one tool and any business serious about achieving top production has to embrace both a mentality and culture change. “Ultimate production capability is based on communication and flow,” says Cox. “You can’t over produce for the next department or under produce so that there are bottlenecks or gaps. “We preach the concept of a Process Centered Environment or PCE.”

AkzoNobel holds boot camps and provides educational content around their 10 building blocks, with the ultimate goal of continuous improvement and flow so that when a vehicle enters production within a shop, nothing will slow it down.

“The tangible goal everyday should be to produce ‘X’ amount of hours and that will be determined by what we feel is the facility’s production capability,” Cox explains. “There are a lot of parameters around that. If you have too much work on site, you will produce less. But if you have the right amount, it will allow you to achieve your optimum production capability. “CarBeat is a tool that can help manage that. It is visual so everybody in the facility understands the state of production and accountability.

Cox adds that every time a vehicle moves from one part of a shop to another, there is a timestamp. The unique analytics that run in the background with CarBeat have proved to be extremely useful for owners striving for better efficiency.

All collision shops across the continent are hoping for a bounce back after the past year of drastic reductions in repairs. And Ryding is no exception. Until the numbers begin to ascend, the main focus is doing the best possible, most efficient job on the vehicles that do roll through. It’s actually a time when top production seems critical because owners like DeLorenzo cannot absorb the impact of delays.

“We want to run things like a Swiss clock,” he says with a smile. 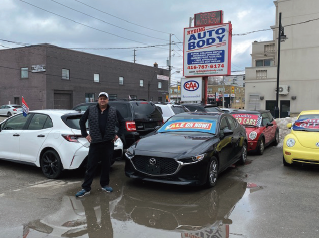 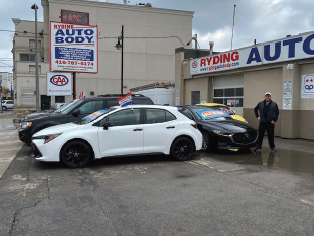 PrevPreviousCAN YOU BELIEVE THIS?! – CRM 20#2
NextTHE OEM AND ADAS: Are you ready to offer proper, compliant calibrations?Next