With climate commitments furiously being put into place across governments of all levels over the past several years, Collision Repair wanted to hear from readers to see where the Canadian collision repair community stands on the Trudeau government’s recent commitment to end the sale of all gas-powered vehicles by 2035.

In late Summer, we sent out a survey to our readers to gauge the reality they see today with EVs in collision shops. Despite the current government’s call for the widespread adoption of EVs across the country, 76.5 percent of those who responded to the survey reported that they do not encounter EVs at their shops on a regular basis.

Furthermore, there is a noticeable variance in the amount of EV traffic that shops are experiencing. For the 23.5 percent of shops who reported dealing with EVs on a regular basis, about 75 percent of those shops claim to only see five or fewer EVs in a month. Conversely, 11.8 percent reported that they, in fact, deal with more than 15 EVs on a monthly basis.

Just about 60 percent of readers that responded to the survey identified themselves as shop owners, with the remainder made up largely by suppliers and distributors, as well as techs and estimators actively working in the field.

Geographically, the respondents cover nearly the whole breadth of the country, with 30 percent reporting in from Ontario, followed by 23.5 percent from Alberta, 17.6 percent from Saskatchewan and 11.8 representing Canada’s east coast.

In the survey’s open response section, concerns were voiced about the ability of current EVs to withstand an intense Saskatchewan winter. The prevailing impression seems to be that current EV goals are far too urban-centric and do not consider the robust EV infrastructure that would be required to make them feasible in sparse rural settings.

A more incremental plan to first strengthen general mobility and transit throughout rural areas may prove to be the more effective route for government, before then integrating that infrastructure into an EV charging grid. 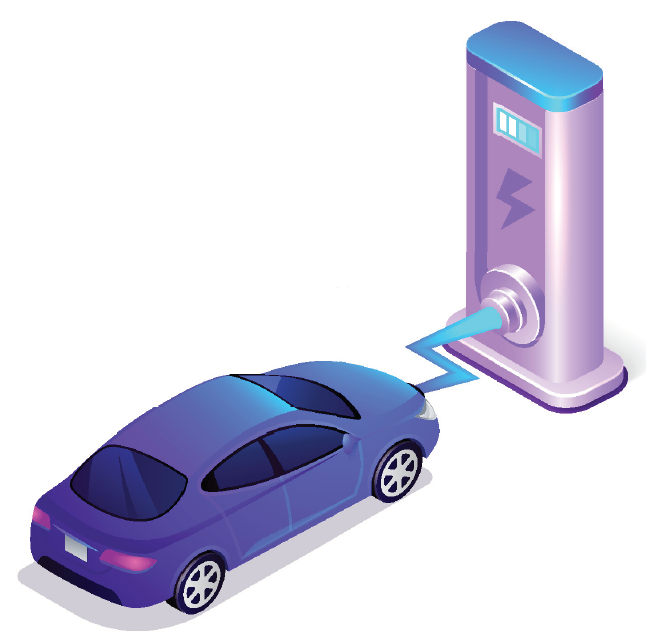 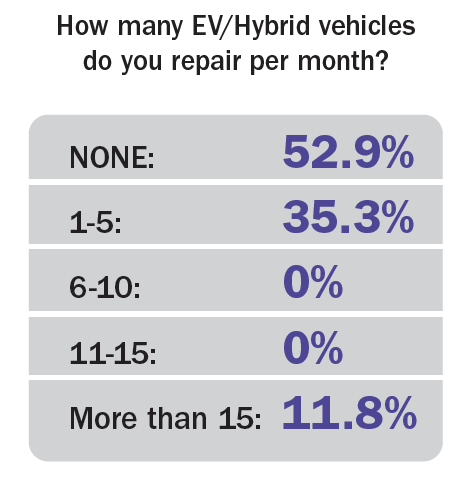 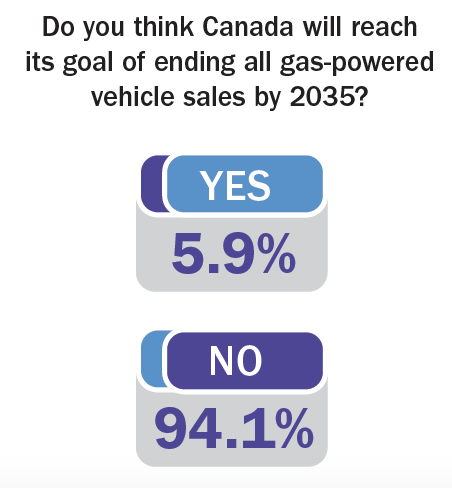 Despite the current government’s call for the widespread adoption of EVs across the country, 76.5 percent of those who responded to the survey reported that they do not encounter EVs at their shops on a regular basis.