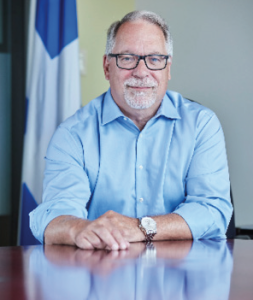 The Société de l’assurance automobile du Québec (SAAQ) announced the change March 29. Instead, the provincial agency will now send drivers a form upon turning 75 years old, asking them to provide a self-declaration of their physical condition.

Only drivers who declare a medical condition that may not be compatible with safe driving will be asked to undergo an examination by a health care professional.

Prior to the change, Quebecers aged 75 years and up had to submit medical examination reports as well as a visual assessment report from an ophthalmologist or optometrist.

When people call Québec “la belle province”, you probably aren’t thinking that they are describing beautiful road conditions, but according to a report from Kijiji Autos drivers in the province’s capital are generally more content on the road than those from other parts of the country.

The study measured respondents’ feelings on several driving factors, including satisfaction with road conditions in their city, opinions on the cost of owning a car in the city, how long they typically spend in traffic every day and how often they lose their temper behind the wheel.

The report found that of Canada’s top ten most populous cities, 72 percent of Québec City residents are happy with the conditions of their roads and 36 percent report that they have never lost their temper behind the wheel, despite the city’s relatively high time-in-traffic rate, which was recorded at 16.8 minutes per day.

At the other end of the spectrum, Toronto ranked as the “least happy” driving city in the country due to its nation-leading traffic times of 19.14 minutes per day and a comparatively lower road condition satisfaction rate of 58 percent.

When it comes to mobile trash talk, 80 percent of drivers in the Hamilton, Ont. area admitted to losing their cool when driving, as compared to Québec City and Kitchener, Ont. who both boast the most serene driving experiences at 64 percent. 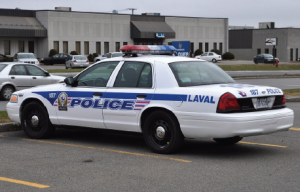 The Laval Police Department (SPL) has made five arrests in connection with a network of vehicle thieves, following an investigation dating back to May 2021. Project Gardon was an investigation by the SPL’s General Crimes Squad in response to a wave of coordinated thefts where vehicles were targeted and stolen from parking lots and residential areas, sometimes after GPS trackers were planted under the vehicles.

According to the SPL, the ring targeted Jeep Grand Cherokees, Dodge Durangos, Dodge Rams and Ford F-series vehicles across Montreal and Ontario. Project Gardon linked nearly 30 thefts to the network, with six in Laval.

The inter-provincial investigation involved at least eight other participating agencies, including the Montreal Police Department Canada Border Services and the Ontario Provincial Police.