What’s that song you’ve got stuck in your head? Oh, might it be CSN Collision Clinic’s newly revitalized jingle, featuring Newfoundland’s own Evelyn Jess. CSN Collision Clinic ran a contest this summer to find the best rendition of the brand’s famous jingle, in exchange for an artist development grant from the company. Drawing on a pool of fantastic musicians from a province known for its artistry, CSN Collision Clinic let the public decide who they thought brought the jingle back to life. Evelyn Jess of Ragged Harbour, N.L. was announced as the winner via LinkedIn. 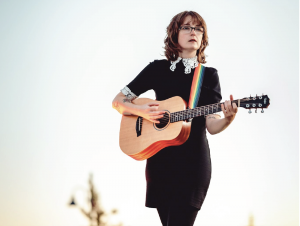 FROM DENTS TO DARTS

Ever thought about trading in your dent repair kit for a dartboard? Well, Jeff “The Silencer” Smith, a bodyman and pro dart player hailing from Hampton, New Brunswick, could give you a few pointers. Smith was in Germany in late August representing Canada at the Cazoo World Cup of Darts—and it’s not his first rodeo on the global scale. Last year the multitalented tech reached the quarterfinals, marking Canada’s first trip to the World Cup of Darts QFs since 2016. The other Canadian representative in Germany also touts a background in skilled trades; when he’s not on the pro darts circuit, Matt “Ginja Ninja” Campbell is a welder, hailing from Hamilton, Ontario. Unfortunately, the two Canadians were beaten by host country Germany’s players in their first rounds. Gabriel Clemens defeated Smith, while German Max Hopp won over Campbell in their match.