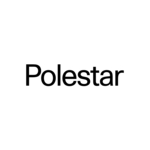 Polestar CEO Thomas Ingenlath was joined by members of the Polestar and Gores Guggenheim teams, gathering in New York City to mark the latest milestone in Polestar’s journey towards sustainable mobility.

Thomas Ingenlath, CEO of Polestar, states: “This is such a proud day and ringing the bell at Nasdaq is a symbolic celebration. Today truly marks the beginning of the next chapter in the story of Polestar. We have a clear vision of what that story will be, and the listing gives us the platform to accelerate and push harder for a transition towards more sustainable mobility.”

The bellringing was amplified on Nasdaq’s digital billboard screens in Times Square which flashed images of some of Polestar’s over 2,000 global employees as well as the company’s vision statement. PSNY-branded Polestar 2 cars were also on display on the famous city square.

Polestar offices and retail locations across its 25 active markets were connected and watched the event live, celebrating locally.

The public listing will help Polestar build its ambitious plans for growth in some of the most attractive global EV segments, while driving forward its industry-leading sustainability goals, including a completely climate-neutral car by 2030.

Polestar has great momentum as it enters a period of rapid growth and builds a diversified product portfolio, launching three new premium electric cars, including two SUVs, by 2024. The first, Polestar 3, a full-size electric SUV, is expected to launch in October 2022 and will set a new standard in this high margin, premium segment.

Polestar is headquartered in Gothenburg, Sweden, and its vehicles are currently available and on the road in markets across Europe, North America, China and Asia Pacific. By 2023, the company plans that its cars will be available in an aggregate of 30 markets. Polestar cars are currently manufactured in two facilities in China, with additional future manufacturing planned in the USA.

Polestar has produced two electric performance cars. The Polestar 1 was built between 2019 and 2021 as a low-volume electric performance hybrid GT with a carbon fibre body, 609 hp, 1,000 Nm and an electric-only range of 124 km (WLTP) – the longest of any hybrid car in the world at the time.

The Polestar 2 electric performance fastback is the company’s first fully electric, high volume car. The Polestar 2 model range includes three variants with a combination of long- and standard range batteries as large as 78 kWh, and dual- and single–motor powertrains with as much as 300 kW / 408 hp and 660 Nm.

In 2024, the Polestar 5 electric performance 4-door GT is planned to be launched as the production evolution of Polestar Precept – the manifesto concept car Polestar released in 2020 that showcases the brand’s future vision in terms of design, technology, and sustainability. As the company seeks to reduce its climate impact with every new model, Polestar aims to produce a truly climate-neutral car by 2030.

In early March 2022, Polestar revealed its second concept car, an electric performance roadster which builds on the design, technology and sustainability ambitions laid out by Precept and showcases the brand’s vision for future sports cars. The hard-top convertible presents an evolution of the unique design language first shown by Precept and emphasises a dynamic driving experience. The concept further develops the focus on sustainability and technology, aiming towards greater circularity.