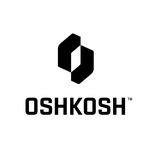 OSHKOSH, Wis.–(BUSINESS WIRE)–Oshkosh Corporation (NYSE: OSK), a leading innovator of mission-critical vehicles and essential equipment, today announced that John Bryant, executive vice president of Oshkosh Corporation and president of Oshkosh Defense, will retire on November 1, 2022, following 12 years with the company. Consistent with the company’s succession planning process, Tim Bleck, vice president of finance for the Defense segment has been appointed as Bryant’s successor. Bryant will remain in an advisory role to support the transition through June 30, 2023.

“On behalf of the entire Oshkosh Leadership Team and its Board of Directors, I’d like to thank John Bryant for his years of service to our organization and for his 28 years of service in the United States Marine Corps,” said Oshkosh Corporation’s president and chief executive officer, John Pfeifer. “Under John’s leadership, Oshkosh Defense achieved notable program wins that have helped transform the company and expand into adjacent markets.”

Bleck joined Oshkosh Corporation in 2006 as a controller in the Commercial segment and has held multiple roles with increasing levels of responsibility since that time, most recently serving as vice president of finance, Defense. “Tim is a proven leader with a deep understanding of our defense business. He was instrumental in securing the Next Generation Delivery Vehicle award with the U.S. Postal Service, as well as the company’s recent acquisition and integration of Pratt Miller. We are pleased to welcome him into this new role and are confident in his abilities to continue the growth trajectory and success of our Defense segment.”

“I am honored for the opportunity to serve in this new role and to lead an outstanding team as we drive the strategic priorities of our defense business to deliver both near- and long-term value for Oshkosh shareholders,” said Bleck.

Bleck earned a Bachelor of Business Administration (BBA) Degree from the University of Wisconsin-Whitewater and a Master of Business Administration (MBA) Degree from the University of Minnesota Duluth. He has extensive experience in the defense industry and with U.S. Government defense programs. Since 2015, he has served as an Executive Sponsor for the Tragedy Assistance Program for Survivors (TAPS).

®, ™ All brand names referred to in this news release are trademarks of Oshkosh Corporation or its subsidiary companies.

This news release contains statements that the Company believes to be “forward-looking statements” within the meaning of the Private Securities Litigation Reform Act of 1995. All statements other than statements of historical fact, including, without limitation, statements regarding the Company’s future financial position, business strategy, targets, projected sales, costs, earnings, capital expenditures, debt levels and cash flows, and plans and objectives of management for future operations, are forward-looking statements. When used in this news release, words such as “may,” “will,” “expect,” “intend,” “estimate,” “anticipate,” “believe,” “should,” “project” or “plan” or the negative thereof or variations thereon or similar terminology are generally intended to identify forward-looking statements. These forward-looking statements are not guarantees of future performance and are subject to risks, uncertainties, assumptions and other factors, some of which are beyond the Company’s control, which could cause actual results to differ materially from those expressed or implied by such forward-looking statements. These factors include cybersecurity risks and costs of defending against, mitigating and responding to data security threats and breaches impacting the Company; the Company’s ability to successfully identify, complete and integrate acquisitions and to realize the anticipated benefits associated with the same; and risks related to the Company’s ability to successfully execute on its strategic road map and meet its long-term financial goals; impacts of the conflict in Ukraine, including impacts on supply chains, logistics, input costs, capital markets and demand; and the negative impacts of the COVID-19 pandemic on global economies and the Company’s customers, suppliers and employees.