New ‘Kids of Caltrans’ Campaign Aims to Get Drivers to Move Over, Save Lives 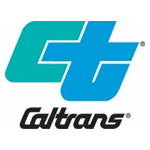 SACRAMENTO, Calif.–(BUSINESS WIRE)–The young faces of the families of highway workers are reminding you to move over a lane or slow down for their loved ones who help keep our roads safe. The “Kids of Caltrans” provide the personal, impactful messages behind the new public awareness campaign from the California Department of Transportation (Caltrans), in partnership with the California Office of Traffic Safety (OTS) and the California Highway Patrol (CHP), that kicked off today at Sacramento’s Golden 1 Center.

Some of the children, grandchildren, nieces, and nephews of Caltrans workers featured in the “Move Over” campaign were on hand for the kickoff event, which comes on the heels of last week’s National Crash Responder Safety Week. In video messages that will air throughout the state through January 2023, they ask drivers to be alert and move over a lane if safe to do so or slow down to safely pass highway workers.

Moving over and slowing down when passing a vehicle stopped on the roadway with flashing lights in California isn’t just a matter of following the law—it is about saving lives. The “Move Over” law exists to provide a safer environment for maintenance and emergency vehicles stopped along roadsides close to fast-moving traffic.

“Not a single person should die on our roadways – let alone in our work zones – so I urge you to do your part, pay attention, move over and save lives,” said Caltrans Director Tony Tavares. “Don’t let that split second of inattention destroy the lives of so many people … including your own.”

“Making a traffic or emergency stop on the side of the road is one of the most dangerous duties law enforcement officers and other first responders perform,” said CHP Commissioner Amanda Ray. “Tragically, too many first responders and highway workers have been killed on the shoulder or median, and dozens more have been seriously injured. Please, move over or slow down when you see our officers and others working on the side of the freeway; not only is it the law, their lives depend on it.”

“Caltrans workers are mothers, fathers, grandparents, aunts and uncles who have loved ones who need them to come home,” OTS Director Barbara Rooney said. “For your safety, and the safety of all roadside workers and emergency responders, please be alert and slow down.”

California’s “Move Over” law requires all drivers to move over a lane if safe to do so, and if unable to do so safely, to slow down when they see amber flashing lights on Caltrans vehicles, law enforcement and other emergency vehicles and tow trucks.

“Towing professionals are the ones we rely on when the unexpected happens. We all depend on these Heroes of the Highway to clear our roadways and get traffic safely flowing after a crash has occurred,” said Sam Johnson, President of the California Tow Truck Association and the Emergency Road Service Coalition of America. “As a motorist, you can help protect these heroes by paying attention, slowing down, and moving over when you see the flashing lights of a tow truck assisting a stranded vehicle. The California Tow Truck Association along with the Emergency Road Service Coalition of America would like to thank the motoring public for their help with our mission to get each and every one of these Heroes of the Highway safely home to their families at the end of the day.”

In 2020, nearly 7,000 work-zone crashes occurred on California roadways, resulting in more than 3,000 injuries and nearly 100 fatalities. Nationally, drivers and passengers account for 85% of those killed in work zones.

Although all 50 states have enacted “Move Over” laws, the National Highway Traffic Safety Administration found that 71% of Americans are not aware of them. In California, failure to obey the “Move Over” law can result in fines up to $1,000, plus points on your driving record.

Since 1921, 191 Caltrans employees have been killed on the job, and one of the biggest hazards to them and anyone working on the roads is from motorists who do not exercise caution. Those 191 employees represent scores of families torn apart by preventable work zone collisions.

To see campaign videos from the kids and grandkids of Caltrans, visit BeWorkZoneAlert.com.