Meet the Next Smartsheet Sponsor X: The Hidden Genius Project, Bringing Its World-Changing Mission to the Formula 1 Racetrack in Austin, TX 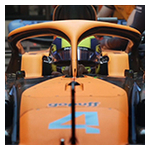 BELLEVUE, Wash.–(BUSINESS WIRE)–#GeniusRevealed–Building on the success of the Sponsor X initiative launched in April 2022 in Australia by McLaren Racing partner Smartsheet, the enterprise platform for dynamic work is bringing the initiative to the United States Grand Prix in Austin, Texas, on October 21-23, 2022, with Oakland-based nonprofit, The Hidden Genius Project.

Solving the Blind Spot in Tech

The Hidden Genius Project trains and mentors Black male youth in technology creation, entrepreneurship, and leadership skills to transform their lives and communities. Its founders saw a drastic gap between the high unemployment of Black professionals and career opportunities within the local technology sector, signaling a blind spot in the tech industry. The organization has since equipped more than 8,500 young Black males and youth of color with the skills, mentors, and experiences they need to become high-performing entrepreneurs and technologists in a 21st century, global economy. The Hidden Genius Project recently won Inc.’s 2021 Best in Business Youth Entrepreneurship award for their work helping Black boys and young men realize and unlock their true potential through computer science, entrepreneurship, and leadership.

“The Hidden Genius Project exists to empower and uplift young Black men by affording them opportunities to learn, innovate, and lead, and the global stage that Sponsor X provides illuminates their brilliance to tremendous proportions,” said Brandon Nicholson, Ph.D., Founding Executive Director at The Hidden Genius Project. “The opportunity to collaborate with McLaren and Smartsheet is without question an amazing experience, and we hope this opportunity signals to Black youth and young people of color around the world that we belong wherever our dreams can take us.”

Prior to the United States Grand Prix, Smartsheet, The Hidden Genius Project, and TEAM, Inc. will host a Tech Slam Formula 1 event for local Austin high school youth to learn about the intersection of sports and technology. Fifty students across two East Austin high schools will participate in demonstrations and workshops led by student alumni from The Hidden Genius Project and TEAM, Inc. and technologists from McLaren, Splunk and a number of technology organizations. The students will also get behind-the-scenes access to the Circuit of the Americas race track and meet McLaren Formula 1 driver Lando Norris.

“Following the success of Smartsheet’s Sponsor X during the Australian Grand Prix earlier this year, I am delighted that it is returning in Austin,” said Matt Dennington, Executive Director, Partnerships, McLaren Racing. “We are proud to be part of this pioneering partnership that helps underrepresented communities, and I am looking forward to seeing the impact that Sponsor X has on The Hidden Genius Project.”

Smartsheet launched the first-of-its-kind Sponsor X initiative at the Australian Grand Prix in April 2022 with Australian STEM nonprofit, DeadlyScience, making them the first indigenous organization to be featured on a Formula 1 car. With Sponsor X, Smartsheet is extending the benefits of its partnership with McLaren Racing to put worthy organizations front and center by donating its own placement on the McLaren MCL36 race cars and all marketing activities leading up to and throughout select Grands Prix.

“We created Sponsor X to show that purpose-led brand initiatives can work hand-in-hand with business goals. The initiative embodies the Smartsheet mission—to empower anyone to drive meaningful change—and has created a lasting impact for DeadlyScience and the kids their organization supports,” said Andrew Bennett, Chief Marketing Officer at Smartsheet. “We could not be more proud to bring Sponsor X to Austin and share the incredible work of The Hidden Genius Project with the world. Every day, their team creates a safe space where Black male youth can unlock their inner Genius, empowering a new generation of technologists.”

Learn more about The Hidden Genius Project and make a donation here.

About The Hidden Genius Project

The Hidden Genius Project trains and mentors Black male youth in technology creation, entrepreneurship, and leadership skills to transform their lives and communities. Through their student-centered, project-based approach, they invest in young Black men, give them access to technology training, and plug them into an ecosystem of innovation and empowerment. As they continue to celebrate their 10 year anniversary, The Hidden Genius Project seeks to strengthen the field of technology education for young people across communities.

Smartsheet (NYSE: SMAR) is the enterprise platform for dynamic work. By aligning people and technology so organizations can move faster and drive innovation, Smartsheet enables its millions of users to achieve more. Visit www.smartsheet.com to learn more.

Team prepares students for opportunities available at the intersection of tech and sport. As the technology field grows, companies are struggling to recruit and retain a diverse workforce, in part because of a culture that reinforces existing social biases while maintaining fundamental barriers to access. TEAM is creating tomorrow’s diverse technology workforce by engaging young learners with STEM subjects through sports. We create social change by providing access, opportunity and mentorship in the tech industry. Through a one-of-a-kind student training program, we empower students with the skills to create their own playing field. Visit www.weareteaminc.org to learn more.

PrevPreviousStuck in the Cold: Tesla updates app to allow remote door unlatching in response to stuck handles
NextAECC and SBD Automotive to Host Webinar “Coordinating the Connected Car and Network Edge to Avoid Breaking the Internet” on October 20Next