Hope it’s a great day. Thanks for coming along.

Believe me, I didn’t forget you.

We’ve only known each other a little while now, but I wouldn’t forget you. In a recent message, we advised there is a century old benchmark for advertising.

More than 100 years later, this definition is masterful in its brevity and has never been improved upon.

Quite simply: Advertising is Salesmanship in Print.

That line is attributed to John E. Kennedy in 1904. He joined Albert Lasker’s, Lord & Thomas advertising agency in Chicago and went on to enjoy some grand success as a copywriter.

Not surprising that it took a copywriter to distill it to its very essence.

It seems the faster and faster communication has evolved to be, the less and less we communicate.

You have to learn to like living by initials apparently, as no-one has time for full words these days.

Yes I get we’re all in a hurry- where we are all rushing to I’m not sure, but we are racing there at blinding speed.

Only to arrive and then jump on the next hover-board or jet pack and be whisked to another dimension where we have an even bigger in-tray to wade through.

In the face of all this, isn’t it refreshing to read.

Multiple lines. Full sentences which articulate a thought or a sports story or the news across the country. A century ago, the speed of life was as fast as a railway train, and newspapers were a learned man’s bible.

There is a perception running rampant that newspapers are on the endangered species. A fear which if left unchecked will certainly hasten its’ demise.

However, in spite of increased competition from broadcast media, and the omnipresent world of online, newspapers continue to enjoy a loyal readership and trustworthiness with the reader.

At this writing, there are 122 daily newspapers published in Canada. Fully 77% of them paid circulation, the balance are free distribution. Our appetite for the written word is insatiable.

Although many papers have a sister version via on-line, or they mirror their print edition with an electronic one on their website, the printed edition continues to be the most popular way to enjoy the newspaper.

Today, more than a century later, the train can’t match the speed of e-mail, nor be as trend setting as a carbon-fibre bicycle, or the next self-propelled invention, but even if your train ride is only a commute to the office, it’s a great place to read the newspaper isn’t it?

So what did Mr. Kennedy teach us in this iconic phrase of 100+ years ago?

Quite simply, I believe, that our salesmanship, in any and all media, is how we weave 26 letters to create compelling stories to touch one another’s hearts. The words we use to persuade another to take a particular course of action, including purchasing our product, are at the core of every message.

Do I want you to use different media combinations?

Absolutely. But the media is only the carrier of your message.

The message has to be leading the charge.

Your media mix will increase your chances of being seen.
How you weave the alphabet will be the trigger for action.

P.S: Closing with a nostalgic sales pitch: Read All About It!!

A professional to his fingertips, Dennis Kelly of First Impressions Media brings a deft touch as your media magician.

Extracting incremental media value for you from suppliers is second nature for Dennis. His versatility in all media is bred of 3 decades of hands-on media planning & buying experience in the media trenches. 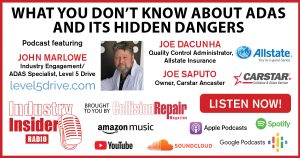