IT’S ALL IN THE DETAILS

Born in the Philippines, Alvin Bartolome took his first steps on Canadian soil in June of 2009. With limited skills but an immense amount of determination he began to chart himself a path toward success. In 2012 his uncle, Rex invited him to become a Detailer at a collision repair facility in Brampton. Over the next five years Alvin honed his skills, solidifying his abilities to be best in class. Patience, time and experience are the three factors Alvin credits to his development.

“To learn how to deal with a situation, you actually need to encounter it, and only with time are you given these opportunities.” With this mantra of his, Alvin created his own approach to each job he faced. “I created steps on how to approach various situations; this is also how I built my confidence in doing the job right.”

Alvin’s advice to novice detailers would be to take a small step of an approach before following through with the chosen technique– and always consult with your painter.” Alvin acknowledges his level of performance is also supported by his peers – without their input you limit your level of understanding of the scenario you face.

Alvin views his role in the repair process to be more of a quality control function. When a vehicle enters his bay, before he starts to work on it, he reviews his canvas. If he has questions, he connects with his body technicians and production manager to ensure quality and continuity is upheld. Two scenarios which create constant challenges for Alvin are working with large panels – there is more area/opportunity for an imperfection to exist and the second is body designs of newer vehicles. 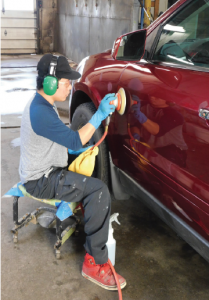 “Many newer vehicles have thin lips and complex curves; if you are not careful, it is quite easy to burn through the paint.” As we are always looking for ways to optimize cycle time, Alvin faces a constant battle between washing and detailing vehicles vs. polishing cars for delivery; however, Boyd’s introduction of new Mother’s products to our detailing process has helped Alvin. “Instead of requiring 3 stages of polishing, at times I can attain the same result with only one or two,” he said.

Working at the Assured Oakville facility since 2017, Alvin’s path toward success is moving along well; married three years ago to Mia, recently sharing the joy of bringing their first child, Zaiden into the world and Alvin was nominated for a corporate WoW Award in 2020. We wish Alvin and his family continued health and success. 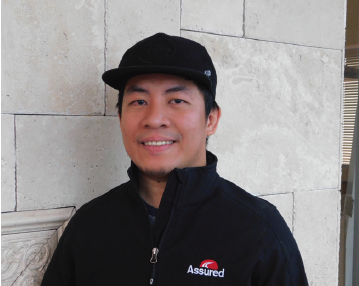 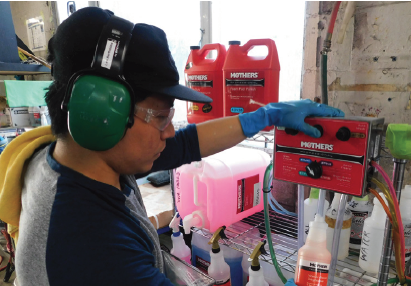 Good Karma: Toyota Cars For Good to give away three vehicles to accessibility organizations