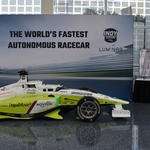 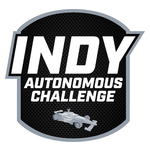 As the modern-day incubator for automotive performance and safety technologies, the IAC aims to continue to create an environment for university teams to push the engineering boundaries of autonomous software by ensuring they have access to the latest and greatest hardware technology from industry leaders.

“We are working with university teams around the world to accelerate the pace of technology development and commercialization of ADAS and autonomous systems, with a focus on high-speed automation,” said Paul Mitchell, president, Indy Autonomous Challenge. “Luminar is now the exclusive lidar sensor technology supplier of the IAC for the next three years due to its commitment to make autonomy safe and ubiquitous through its rapidly growing industry partnerships, including seven of the top 10 global automakers.”

Lidar has emerged as the primary sensor necessary to unlock autonomy and allow the IAC’s Dallara AV-21 racecars to safely reach record-setting autonomous driving at land speeds of up to 192.2mph and oval track racing speeds of 173 mph.

IAC and Luminar have agreed to a three-year partnership that includes transitioning from Luminar’s R&D Hydra sensors to its series production Iris sensors. The change to the Iris units, which will occur in 2023, reflects the IAC’s commitment to cultivating the technology pipeline between autonomous race cars and autonomous consumer vehicles.

“The IAC has single handedly brought together some of the industry’s most advanced automotive tech companies and world’s brightest minds from academia to develop and test autonomous driving systems that will one day in the near future make consumer vehicles safer and smarter,” said Aaron Jefferson, vice president of product, Luminar.

The Indy Autonomous Challenge (IAC) organizes racing competitions among university affiliated teams from around the world to program fully autonomous race cars and compete in a series of history-making events at iconic tracks. Based in Indiana, the IAC is working to establish a hub for performance automation in the state and is harnessing the power of innovative competitions to attract the best and the brightest minds from around the globe to further state-of-the-art technology in safety and performance of automated vehicles. The IAC started as a $1 million prize competition with 41 university teams signing up to compete more than two years ago, representing top engineering and technology programs from 14 U.S. states and 11 countries.

Luminar is a global automotive technology company ushering in a new era of vehicle safety and autonomy. For the past decade, Luminar has built an advanced hardware and software platform to enable its more than 50 industry partners, including the majority of global automotive OEMs. From Volvo Cars and Mercedes-Benz for consumer vehicles and Daimler Trucks for commercial trucks, to tech partners NVIDIA and Intel’s Mobileye, Luminar is poised to be the first automotive technology company to enable next-generation safety and autonomous capabilities for production vehicles. For more information, please visit www.luminartech.com.

PrevPreviousCan You Believe This?! Utility trucks on one wheel, cars climbing stairs and much, much more
NextMaking a Killing: Cult-turned crime syndicate implicated in Ontario car-theft ringNext