BOOTS ON THE GROUND

July 15 marked World Youth Skills Day, and this year the federal government put particular stress on addressing the labour gap soon to be left by Canada’s rapidly retiring workforce. In observance of the day, Minister of Official Languages and Minister responsible for the Atlantic Canada Opportunities Agency (ACOA), Ginette Petitpas Taylor issued a statement, acknowledging the unique challenges that today’s young workers face. “COVID-19 disproportionately affected youth employment. In fact, positions held by young workers represented 28 percent of total jobs lost in Atlantic Canada during the pandemic,” said Petitpas Taylor. Minister for Women and Gender Equality and Youth, Marci Ien, and Minister of Employment, Workforce Development and Disability Inclusion, Carla Qualtrough, claimed that the federal government has opened 140,000 summer jobs for Canadian youth. The province of Nova Scotia recently made amendments to the general regulations of the Apprenticeship and Trades Qualifications Act to allow a single journeyperson to train two apprentices at a time, as opposed to one-on-one, in a move that the government feels will bring more young tradespeople into the workforce. 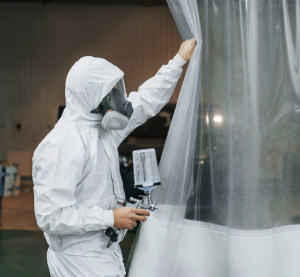 The federal government currently projects that more than 10,000 automotive service and repair sector jobs will open over the period between 2021 and 2025.

A NIGHT ‘OOT’ IN VEGAS

A Canadian contingency will be making its return to SEMA this fall, as the Automotive Industries Association of Canada (AIA) officially opened registration for Canada Night, the association’s flagship networking event at the annual Las Vegas trade show. Returning after a two-year hiatus, Canadian companies from across the automotive aftermarket industry are invited to the Venetian Resort at the close of SEMA’s opening night on Nov. 1. Canada Night typically proves to be a highlight for many Canadian attendees to the SEMA show and promises a night of food, drinks and networking opportunities with industry members they may not otherwise meet in person. Attendance to the Canada Night event requires the purchase of sponsorship for $2,250. In exchange, sponsors will receive six tickets to the event, logo and brand exposure on AIA’s website as well as on social media. 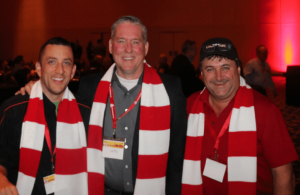 Non-dealer-affiliated repairers struggle every day trying to access the data they need to fix vehicles, and according to an industry executive on a recent AIA Canada webinar, the OEMs wouldn’t have it any other way. “Let’s be real, the OEs have no motivation to provide access [to data], unless they’re required to by some type of enforcement,” said James Channer, COO of Motion Brands in a recent webinar discussion with AIA Canada president J.F. Champagne and president and founder of Quorus Consulting Group, Rick Nadeau. “As the data has shown, not only have they seen a significant decrease in actual new car sales, but they’re also seeing a significant decrease in Canadian consumers going to their service bays. More and more Canadians are choosing automotive service providers in the aftermarket.” Channer says the option for consumers to seek repairs at non-OEM repair facilities directly threatens automakers’ ability to monopolize their given market, and therefore causes some to take action to obscure what little information they do provide to repairers. “Their defence is going to be to protect their interests, and that means the data.” Like many advocates of the right to repair movement, Channer feels that voluntary OEM agreements about vehicle data are not the way to go, suggesting that consumers truly wield the power of influence. “I don’t see that changing with legislation enforcement and that legislation won’t change until consumers, and the public as a whole, make it a priority.” 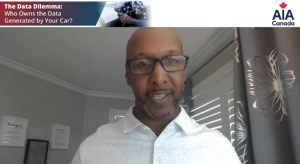 Data from 2,000 Canadian drivers, collected as recently as June 2021, show the average driver to still be woefully unaware of the valuable information their vehicles carry: about one-third (34 percent) of drivers surveyed think they own all of the data generated by their vehicle, as compared to 30 percent who think the manufacturer does. Eighty percent of respondents feel that OEMs could be doing more to push this issue, as compared to 68 percent who place the responsibility on the government.

The 11th annual MSO Symposium will be held this year on October 31 in Las Vegas, Nevada, bringing together high-level executives within the collision repair industry for the purposes of networking, education, and discovery related to the business, and service aspects of the industry. This year’s conference will be held the Monday before the SEMA and AAPEX trade shows, kicking off a busy week within the automotive and collision repair industries. A sponsor showcase will begin at 10 am, continuing with presentations and panels throughout the day including environmental and governance considerations for business owners, the scarcity of skilled technicians, and electric vehicle repair. Persons interested in the conference should be aware of the qualification standards of the event: attendees qualify to attend if they are insurers, OEMs, Multi-Shop operators, or single location facilities with over $3 million revenue in annual sales.