A Nova Scotia Supreme Court judge has more than doubled a fine imposed on a former auto body shop owner, who pleaded guilty to workplace safety violations that contributed to the death of an employee. The court announced the decision saying the sentence for one of the violations was “demonstrably unfit.” On June 5, 2020, Elie Phillip Hoyeck, owner and supervisor of now-shuttered Your Mechanic Auto Corner in Dartmouth, N.S., was issued more than $27,000 in fines, after the court called Hoyeck’s admitted safety violations a “reckless disregard” or “deliberate indifference” to safety. In addition to the fine Hoyeck was also ordered to spend 25 hours making a garage safety video for his community service. The incident occurred in September 2013, when Peter Kempton, a mechanic at Hoyeck’s shop was using an acetylene torch to remove a gas tank for a minivan. The tank ignited while Kempton was underneath the vehicle and he died of severe burns the day after.

A recent survey conducted by Axalta shows that colour plays a huge role when consumers look to purchase a vehicle. More than 4,000 participants aged 25 to 60 in four of the largest vehicle-producing countries – China, Germany, Mexico and the US said that colour was a key factor in 88 percent of purchasing decisions. Solid effects were the top choice of respondents in the US and China, while German respondents chose pearlescent and Mexico chose coarse metallic and pearlescent as their preferred paint effects. In China, the preferred colours are white (29 percent) and black (26 percent). In Germany 32 percent of participants prefer black, stating it reflects elegance. In Mexico, 90 percent of participants say colour is important, and 22 percent prefer red. Truck owners in the United States are choosing more colourful versions of blue (No. 2) and red (No. 3). Bolder colours are becoming more popular, according to Axalta. 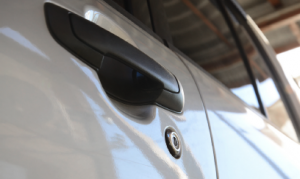 FINAL PUSH TO THE STARTING LINE

The Automotive Industry Association of Canada is calling on the public for one last push to get the “Your Car. Your Data. Your Choice.” campaign through the doors of the House of Commons. AIA Canada President Jean-Francois Champagne announced the association is in need of 500 signatures on a new petition (petition e-3320) that will formally put the campaign before the House. Petition e-3320 is set to close on July 10 at 10:03 a.m. ET.

Across Canada, collision repair facilities and automakers have been preparing for the future: electric vehicles and highly technical vehicle systems. The shift toward an electric future could be premature, however. According to a new survey, there are still barriers preventing Canadians from adopting EVs, A recent poll conducted by the Leger for the CVMA and Global Automakers of Canada (GAC), the top reasons Canadians cite for not purchasing an EV are limited driving range (55 percent), the higher purchase price (54 percent), a lack of public charging infrastructure (47 percent), and the time required to charge (45 percent). Just 38 percent of consumers were even aware their respective governments offered consumer EV purchase rebates of up to $5,000.

Do you hear that? That’s the call of the Prairies. The Saskatchewan Association of Auto Repairers (SAAR) says this year’s Fall Conference will go ahead as an in-person event. Organization director Tom Bissonette said SAAR is planning to host an in-person Fall Conference this coming September 9, 10 and 11. The usual lineup of activities is expected to carry on to this year’s event as well, as the annual golf tournament, trade show and AGM are all expected to go forward at the conference. The Saskatoon Inn has also been announced as the host hotel for the event. The SAAR Fall Conference gathers together industry leaders, shop owners and exhibitors of all kinds to Saskatoon every September for three days of discussions, debates and just a little bit of golf. Information regarding registration for the SAAR Fall Conference is expected to come in the near future. 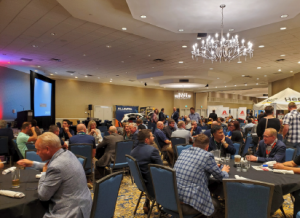 THE SHOW MUST GO ON

Pack up a bottle of Advil and your lucky cargo shorts, all signs are pointing to the 2021 SEMA show being on and in-person in Las Vegas this year, following 2020’s COVID-induced virtual hiatus. Nevada Governor Steve Sisolak recently committed to reopening the state to 100 percent open operations by June 1, leading SEMA show organizers to secure up space at the Las Vegas Convention Center, well in advance of the confirmed Nov. 2-5 show dates. As it stands, more than 1,200 companies have signed on as exhibitors for this year’s show. PrevPreviousGEICO Asks: “How Prepared Are You for Hurricane Season?”
NextInsurance NewsNext