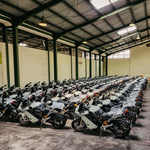 SANTA CRUZ, Calif.–(BUSINESS WIRE)–Zero Motorcycles, the worldwide leader in electric motorcycles and powertrains, continues to drive the global transition to electric transportation with the completion of host-country Indonesia’s largest order of electric motorcycles in preparation for the G20 Summit in Bali. Nearly 300 new Zero Motorcycles have been delivered to Indonesia in preparation for the Summit this month. The use of an all-electric transportation fleet by the hosting government marks a new milestone for one of the world’s largest economies as it lessens its dependency on fossil fuels and moves toward net-neutral emissions. 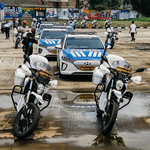 The G20 is a global forum that includes 19 countries and the European Union, representing the world’s 20 largest economies or trade unions. The main goals of the G20 Summit are to address issues with the global economy including financial stability, climate change, and overall sustainability. In an effort to achieve zero emissions for this year’s Summit in Bali, Indonesia’s President, Joko Widodo, called for the entirety of the government’s transportation used during the events to be electric vehicles. As the world’s leading supplier of full-sized motorcycles that are fully electric, Zero Motorcycles was selected to equip the National Police and the Indonesian National Armed Forces, which includes the Presidential Security Force, with premium EV models.

“Meeting the ambitious zero-emissions goals set by President Joko Widodo was made possible thanks to the excellent partnership with both Zero Motorcycles and the Indonesian government, both organizations that are highly motivated to be leaders in transitioning away from fossil fuels,” said Harun Sjech, CEO of PT, Elektrick Motoriz Global, the importer of record for Zero Motorcycles in Indonesia. “We are extremely proud to have delivered all of these motorcycles and we look forward to building on our relationships with both Zero and the Indonesian government.”

Heading into the 2022 G20 Summit, Zero Motorcycles fulfilled the order of nearly 300 electric motorcycles. The Zero DSRP (Police) motorcycle available exclusively to global fleet operators and authority forces, plus the widely available SR/S and SR/F premium models that had been modified for tactical use by the Indonesian security apparatus, were all included as part of the governmental purchase order.

“We applaud President Widodo and the entire Indonesian government for their clear vision, admirable climate leadership goals, and for the speed with which they sought to equip and train their staff for the G20 Summit,” said Sam Paschel, CEO of Zero Motorcycles. “The G20 is an extremely important platform and being able to deliver a large fleet of reliable electric motorcycles for the event is a credit to our amazing team, and a benefit for the entire world.”

Zero Motorcycles was founded in 2006, operates in over 40 countries, and has 10 full-sized consumer models built on three different platforms for both street and dual-sport use. With models specifically designed for fleet use and currently deployed by over 240 US-based agencies and scores more worldwide, Zero outfits more fleets than any other two-wheeled EV manufacturer in the world.

Zero Motorcycles is the global leader in electric motorcycles and powertrains. Designed and crafted in California, Zero Motorcycles combines Silicon Valley technology with traditional motorcycle soul to elevate the motorcycling experience for forward thinking riders around the world.