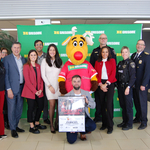 SAINT-EUSTACHE, Quebec–(BUSINESS WIRE)–HGreg and Operation Red Nose once again join forces to educate drivers on the importance of road safety, particularly during the Holiday season. As part of this partnership, HGreg provides four vehicles for the duration of the campaign. The company also produced an innovative marketing campaign aimed at reminding Québec drivers of the dangers of drinking and driving. 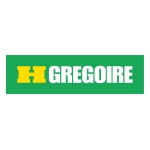 A long-time partner, HGreg has teamed up with Operation Red Nose in the Laval-Lower Laurentians region for the 19th consecutive year and with the Montréal region for the third time. This year, the company is contributing a total of $25,000—$15,000 of which is allocated to Montréal and $10,000 to Laval.

HGreg will once again take on the presidency of the campaign for the Laval-Lower Laurentians region under the leadership of Harry Kasparian, Vice-president of Marketing at HGreg.

“This commitment to Operation Red Nose is very important to me. We will have the pleasure of experiencing the holidays in a more normal way this year. It will also be an opportunity to be cautious and adopt safe driving habits when traveling in the Greater Montréal area. In addition, we encourage our employees, and the public, to participate in the campaign as volunteers for Operation Red Nose,” stated Harry Kasparian, Vice-President of Marketing at HGreg.

The public is invited to sign up today to volunteer for the campaign across Québec: https://www.operationnezrouge.com/fr/s-inscrire-comme-benevole

Founded in 1993, HGreg, which includes both HGrégoire and HGreg.com, is committed to simplifying the vehicle-buying process through the values of excellence, transparency, the judicious use of technology and a refreshingly customer-focused philosophy. With a passionate team of over 1,700 car enthusiasts, HGreg operates 32 dealerships in North America, including 20 in Québec, offering both new and pre-owned vehicles. For more information, visit www.hgregoire.com.

Operation Red Nose is a non-profit organization whose mission is to promote the adoption of responsible behaviour in order to prevent drinking and driving. In addition to offering a chauffeur service, the proceeds of which are invested in youth and amateur sporting activities, the organization also coordinates different awareness activities throughout the year.