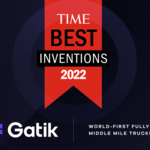 MOUNTAIN VIEW, Calif.–(BUSINESS WIRE)–Gatik has been named by TIME as a Best Invention of 2022 on its prestigious annual list. The company was selected for its long-term commercial partnership with Walmart (NYSE: WMT) in Bentonville, Arkansas where it moves customer orders between a warehouse and a Neighborhood Market in its fleet of fully driverless box trucks. The milestone represents the first time that an autonomous trucking company has removed the safety driver from a middle mile commercial delivery route anywhere in the world. 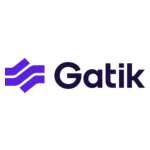 To compile the list, TIME solicited nominations from TIME’s editors and correspondents around the world, and through an online application process, paying special attention to growing fields – such as the electric vehicle industry, green energy, and the metaverse. TIME then evaluated each contender on a number of key factors, including originality, efficacy, ambition, and impact.

“We are humbled to have been named to the 2022 TIME Best Inventions list,” said Gautam Narang, Gatik’s CEO and co-founder. “We are especially proud that the selection honors the successful application of our solution in real-world, commercial environments. It’s only when groundbreaking technology becomes operationalized that its true impact can be felt by the end consumer. Recognition on TIME’s prestigious list belongs to the entire team who are working tirelessly to ensure the true advantages of autonomy can be felt across our customer base today.”

Unlike other autonomous trucking efforts, Gatik’s fully driverless deployments are not one-time demonstrations. Gatik’s trucks are safely completing frequent, revenue-generating, daily runs in a range of conditions on public roads, demonstrating the commercial and technical advantages of fully driverless operations in the middle mile, B2B sector. Gatik serves Fortune 500 customers in multiple states including Arkansas, Louisiana, and Texas, as well as in Ontario, Canada.

Gatik’s rapid commercial progress comes as a result of the company’s exclusive focus on fixed, repeatable delivery routes to maximize safety and efficiency, using proprietary, commercial-grade autonomous technology that is purpose built for the middle mile. By constraining the operating environment, Gatik has been able to achieve the safe removal of the safety driver much more quickly compared to other applications, such as passenger transportation, long-haul trucking or B2C delivery.

In addition to being named as one of the TIME Best Inventions 2022, Gatik has made the FreightTech 25 2022 list; been named to Forbes’ list of America’s Best Startup Employers 2022 and Fast Company’s World Changing Ideas 2022 list; included on Business Insider’s Rising Stars of the Self-Driving Industry list; and named to Inc. Magazine’s Female Founders List in 2022. Gatik is actively recruiting and hiring for multiple positions to support the company’s intensive growth. View open positions here: https://gatik.ai/careers/

Gatik, the leader in autonomous middle mile logistics, delivers goods safely and efficiently using its fleet of light and medium duty trucks. The company focuses on short-haul, B2B logistics for Fortune 500 retailers such as Loblaw, Walmart, KBX and Georgia-Pacific, and in 2021 became the first company worldwide to operate fully driverless commercial deliveries on the middle mile. Gatik’s Class 3-6 autonomous box trucks are commercially deployed in multiple markets including Ontario, Texas, Arkansas and Louisiana. Gatik partners with industry leaders including Ryder, Goodyear, Isuzu and Cummins. Founded in 2017 by veterans of the autonomous technology industry, the company has offices in Toronto, Ontario and Mountain View, California. In 2022, Gatik was named to Forbes’ list of America’s Best Startup Employers and by Fast Company as a World Changing Idea. In 2021, Gatik was recognized on the Forbes AI 50 list and as a World Economic Forum Technology Pioneer.