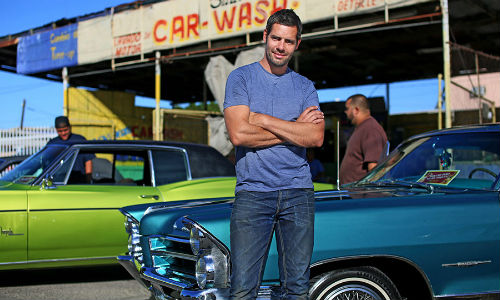 Speaking on the last day of the conference–which this year takes place June 12 to 14 at the Meliá Castilla in Madrid–Priestley will offer a first-hand insight into the workings of a top-flight F1 team.

Priestley spent 10 years as a member of the McLaren Formula One pit crew as a race mechanic. In that time he worked with drivers including Kimi Raikkönen, David Coulthard, Fernando Alonso, Lewis Hamilton and Jenson Button.

Looking at every aspect of F1, and in particular the unique role of the pit crew, Priestely examines the communication, teamwork, pressure and strategy involved in a sport where millions are spent shaving hundredths of seconds off lap times. This year’s conference theme is “The Currency of Trust,” and Priestley will reveal an environment where trust is vital for success.

Priestley explains the team’s search for high performance under pressure as millions watch, and drivers and sponsors expect perfection. He highlights the dedication of each crew member in getting their role precisely timed and synchronised, and the direct part they play in the planning and design of the car, garage and equipment. He analyses the crucial nature of each and every member of the team, their individual accountability, and their role in achieving the marginal gains required.

As well as teamwork, Priestley talks about the problems the McLaren team faced when the relationship between Hamilton and Alonso broke down, splitting the team, damaging morale, and tarnishing the drivers’ images as leaders. Leaders need to realise their role not just within an organisation, but as very visible figureheads to the public and the rest of the team.

He also examines the mindset of the F1 industry that demands high performance and short deadlines, and how the right strategy and culture can make the apparently impossible happen. Priestley cites the McLaren ethos of cutting through layers of management and bureaucracy, forging direct contact between those that are affected by changes and have new ideas, and those who have the power to enact them, empowering all of the team at every level.

Delegate packages for IBIS 2017 are available for £1,885 (approximately $3,256 CAD) and include full access to the Welcome Reception on June 12, access to the full day’s conference on June 13; the International Dinner on the pitch in Madrid’s Santiago Bernabéu Stadium on the evening of June 13, as well as the final half day’s conference and delegates’ lunch on June 14. The price also includes two nights’ accommodation (June 12 and 13) at the Meliá Castilla.

To confirm your place, please contact Nicola Keady via email to nicola@ibisworldwide.com.