Fly Me to the Downtown Core: Autonomous aircraft could reshape our world 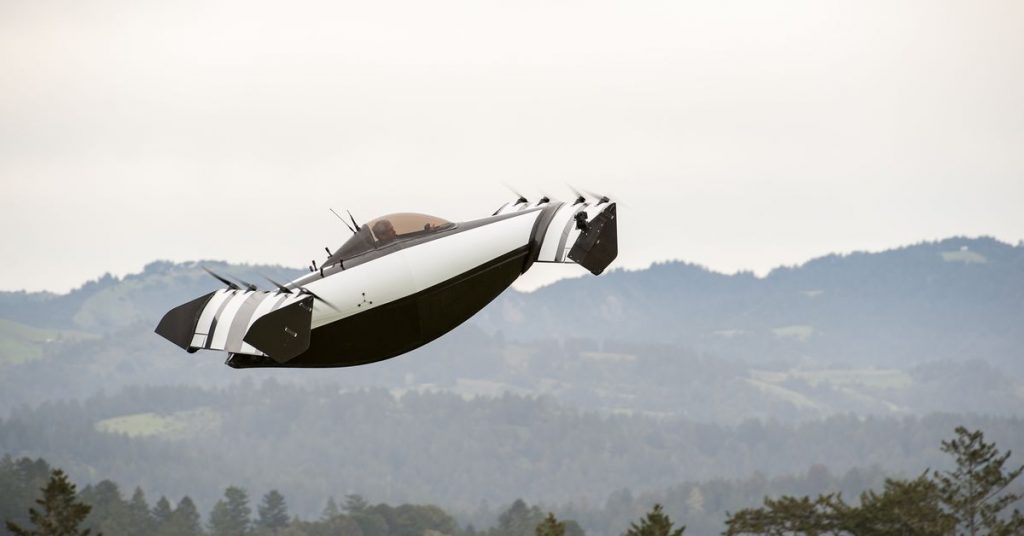 For all the ink spilled about the effects that autonomous road vehicles will have on the collision repair industry, their near-future ubiquity is, by no means, certain. Ironically enough, with every improvement to self-driving technologies, the likelihood of their future ubiquity becomes ever less certain.

Why? Because once you teach a computer to drive, you might as well teach it to fly, and flying is so much more practical than driving.

While the predicted arrival of flying cars has been a cliché since the 1950s, many of the barriers that made personalized flight impractical in the past have been torn down. Sure, the horsepower of a flying vehicle would be far faster than grounded ones, but widespread air transportation offers other advantages as well.

As the world’s population becomes increasingly urbanized, the advantages offered by airborne commuters increase sharply too. The biggest of these comes from urban densification. Today, with most of the world’s population living in urban areas, local authorities struggle to find ways to meet the inhabitant’s transformational needs.

As more people cram into the areas around the downtown cores, the demands made on infrastructure increase—as does the cost of replacing and improving it. Sure, it is simple enough to build a six-lane highway through empty fields, but the cost of buying an equivalent amount of downtown real estate would be cost-prohibitive. And then there are the costs of other public services—hospitals and schools, designed for local use, need to be expanded in order to accommodate population spikes.

Unlike drivers, flying commuters would not be bound by such topographical and infrastructural constraints. They could travel faster, further and more directly than their grounded counterparts. Accidents would not delay hundreds-of-thousands of commuters and require no roads be built.

While investors may still be skeptical, transportation giants and aerospace companies are not. In the past few years, many autonomous flying car prototypes have been tested. Most recently, Boeing’s Autonomous Passenger Air Vehicle (PAV) completed a successful flight in Virginia. Ride-sharing behemoth Uber announced plans to develop a flying autonomous fleet back in April of 2017, a move that has since been imitated by its chief rival, Lyft. Even retail giants are getting into the game, with Amazon-style delivery drones set to replace couriers within five years.

Will the arrival of flying cars be the death knell of the industry? Absolutely not.

First of all, ground transportation is not going anywhere. While the energy cost of flying may soon be lower for vehicles to fly families around, weight remains a limiting factor on goods transportation. Until someone invents a lifting gas—or hard vacuum containment technique—able to carry heavy loads without additional costs, transportation trucks will remain.

Second of all, history tells us that unless repairers are given the tools they need to fix airborne vehicles, flying cars will never get off the ground.

While people may credit the invention of automobiles to Karl Benz in 1885, but this is not, in fact, fair. The first automobile was actually a steam-powered oddity designed by a Belgian missionary for the Emperor of China in 1672. It didn’t catch on.

As steam power became widely used in the 19th century, however, many other horseless carriages were tested out in Europe and North America. British patents for steam-powered carriages were issued in 1782 and again in 1803—though they did little to stop individual inventors from building their own. By 1830, so many steam vehicle prototypes were puffing their way through London’s streets that their ubiquity and frequent breakdowns became the subject of widespread annoyance. Unfortunately for the inventors, none of their designs caught on. Why? Because nobody—save each individual inventor—understood the intricacies of each design to fix them.

Benz, however, figured out a way to standardize the production. His petroleum-powered vehicles were produced in a standardized manner, meaning that side businesses could understand his vehicles enough to profit from repairing them. It is a lesson that the vehicle giants remember well.

With every new technological invention added to their mass-produced vehicles, from anti-lock breaks and airbags to ADAS technologies, OEMs have invested in making the procedures to repair their increasingly complex vehicles transparent. What auto insurer, after all, would invest in a vehicle that would have to be written- off by a fender bender? What OEM would manufacture an unsellable vehicle?

Sure, from the perspective of facility owners, it may seem that the ability to perform scanning procedures, generate OEM repair reports and accurately follow the procedures means becoming more specialized, but this isn’t really the case. By cutting down the amount of personal judgment required by each individual technician, OEMs have reduced the amount of knowledge required by each individual technician.

If flying cars are, in fact, the future, the manufacturers will be forced to accept the lessons of the past. The more complex their designs, the more they will invest in making repair procedures as simple as possible.

Toronto, Ontario — April 2, 2020 — Despite being its first foray into the world of live online broadcasting,  the