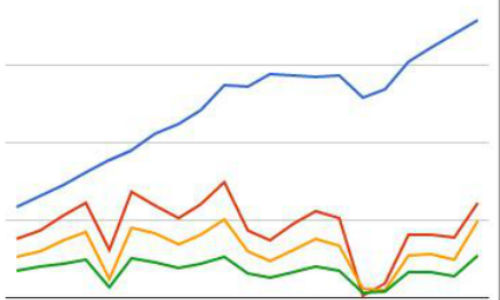 “Both parties saw the fit and were committed to make the deal happen,” says lead dealmaker Jene’ Hong.

Generational Equity works with middle-market business owners contemplating selling a business or seeking merger and acquisition opportunities. The company assists owners in stock or asset sales, mergers, or divestitures. The company helps owners answer those key questions, “When is it the right time to sell? Should all or part of the business be sold?”

According to a recent blog post on the firm’s site, owners looking to sell might be wise to get a sale done earlier than later. The firm warns of a coming deluge of business owners wanting to sell as the demographic reality of 2015 plays out. According to Generational there are some 12 million baby boomers who own a business, “and 70 percent of them will be retiring over the next couple decades.”

Estimates of the total wealth locked up in these companies runs into the trillions of dollars according to the post. If all are sold in the space of a few years sellers are going to find themselves pitching the sale of their business among many other sellers. This is not good for the seller.

“From the viewpoint of a wealth manager, this is a literal goldmine. However, viewed through the prism of a business owner, this is a huge and sticky quagmire,” according to the post. “One of the major issues we are now focusing on in our M&A seminars is the pending impact of the baby boomer business owner retirement ‘tsunami.’”

That is, a flood of baby boomer-owned businesses could be coming on the market over the next fifteen years. The oldest boomers began collecting Social Security last year. So the clock is running down on boomers. The take away? Make a decision to sell your business sooner rather than later or get lost in the tsunami.

U.S. Auto Parts Network is an online source for automotive aftermarket parts and repair information. The company sells its products through its network of websites as well as a network of approximately 2,100 repair shops.

Shares of U.S. Auto Parts Network have a hit a 12-month low of $1.50 and a 12-month high of $3.34. U.S. Auto Parts Network last released its quarterly earnings data on Tuesday, August 11th. The company reported a loss of two cents per share for the quarter. This beats the consensus estimate of a loss of four cents per share. The company posted revenue of $76.50 million for the quarter.

Zacks raised shares of U.S. Auto Parts Network from a “hold” rating to a “buy” rating and set a $2.50 price target for the company in a report on Friday.