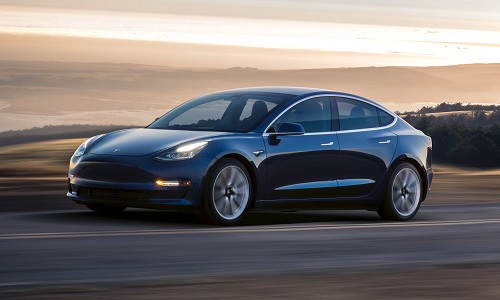 Toronto, Ontario — June 22, 2018 — In this week’s look at the state of the market for electric vehicles: Musk gets mad, Kia arrives in India, Chevrolet recalls Volts and much, much more!

EV Performance
Repairers take heed: electric vehicles may send fossil fuel vehicles the way of the dodo. A new study by Australian firm Energeia suggests that EVs will be able to outmatch petroleum-fueled vehicles vehicles in mileage by the middle of the next decade. The report also suggests that he amount of time required to recharge their batteries could become faster than the amount of time require to fill a tank with fossil fuels. While one issue left unaddressed by the study, price, may be the determining factor about whether EVs absolutely eliminate traditional cars, every major OEM has announced plans to provide models targetting middle-class consumers within five years.

Ford, Doug
Ontario premier Doug Ford will be scrapping incentives given for purchasers of electric vehicles. Now offering up to $14,000 towards the price of environmentally friendly vehicles, the program is one of many green programs facing the chop. Ford’s new government has already axed rebates given on energy saving home equipment.

GM
General Motor is recalling the 2013 Chevrolet Volt in order to sort out a software issue that can lead to power loss. A recent software update has caused some of the vehicles batteries to struggle to balance voltages between cells. Rather than facing sudden blackouts, the vehicles will enter a low power mode. While no OEM enjoys issuing recalls, GM must reach out to some 3,000 vehicle owners.

Tesla
Just two weeks after shaken investors agreed to keep Elon Musk on as Tesla’s president and CEO, the corporate icon is once – or rather twice – again in trouble. After a factory employee was terminated for leaking statistics about the amount of raw material waste at Tesla, the automaker filed suit against the technician, Marty Tripp. In a terse email exchange between Tripp and Musk, the pair referred to one another as being “horrible people.” Musk, Tripp alleged, was horrible for lying to investors and the general public about the safety of Tesla vehicles. Tripp, Musk alleged, was horrible for attempting to frame colleagues for his leaking of documents.

While this digital dirty laundry may be an embarrassment for Musk, reports are emerging that Telsa will also be cutting 9 percent of its workforce, though most of the cuts will come from the company’s residential solar power storage and capture business.

Kia
India’s government-backed aim to outlaw the sale of fossil fuel vehicles in by the late 2020s may sound like an ambitious step for the world’s fastest growing nation, one that could lead to an economic disaster. In the short term, however, the news has been a boon to the Indian economy. Kia, keen to get in on the ground floor, has announced plans to open a facility in the country’s southern state Andhra Pradesh. With plans to open the 2 million square metre facility in 2021, Kia is investing more than a billion U.S. dollars into the facility’s construction. When complete, it will produce only electric vehicles and is projected to employ 3,000 people.

Getting Ahead: CIECAST upcoming webinar on the importance of OEM certifications

In the Loop: Recycling associations take part in international forum