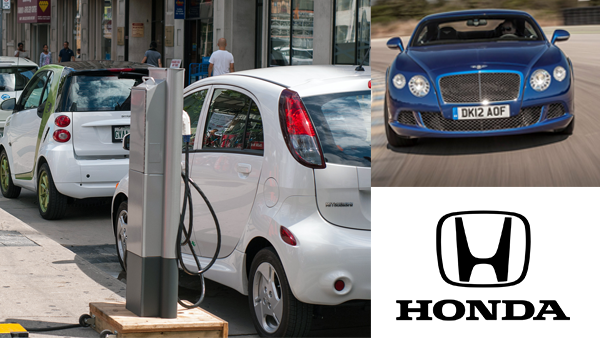 The Government of Canada announced a $1 million investment to address barriers to electric vehicle (EV) adoption in Canada.

The Honourable Seamus O’Regan, Canada’s Minister of Natural Resources, today announced a $1-million investment in SWTCH that will see the federal government demonstrate an innovative blockchain-based EV charging platform that will significantly reduce the cost of EV charging transactions and enhance grid efficiency.

SWTCH, along with project partners Opus One Solutions, Toronto Hydro, University of Waterloo, University of Toronto, IBI Group and PowerCharge, is contributing to this project, bringing the total project cost to over $2.6 million.

The transportation sector accounts for 25 percent of Canada’s greenhouse gas (GHG) emissions. The increased adoption of EVs is key to decarbonizing our transportation sector and transitioning to a low-carbon future. By demonstrating an efficient and scalable blockchain-based platform that can record transactions to reduce transactional costs and reduce network congestion, the platform offers a unique option to EV drivers, charging service providers and utilities that would contribute to increased uptake of EVs.

Luxury carmaker Bentley last week announced it will only sell plug-in hybrid or electric vehicles by 2026, and shift to fully electric powertrains completely by 2030.

The move was announced at an event as Bentley executives elaborated on the company’s Beyond100 strategy to become an “end-to-end carbon neutral car brand.” The move to full electrification is set to happen quickly. Bentley says that every model will have the option of a hybrid powertrain by 2023, it will launch its first full EV model in 2025 and that as soon as 2026 it will be selling only plug-in hybrids (PHEVs) and full EVs.

At the event Bentley also confirmed it will launch two new PHEVs next year, both using developments of the V-6 plug-in powertrain that made its brand debut in the Bentayga last year. The first of these will be a revised Bentayga with an increased electric-only range. The second, we believe, will be the same powertrain in the Flying Spur sedan.

“Honda is planning to launch sales of a Honda Legend, a luxury sedan equipped with the newly approved automated driving equipment,” the automaker said in a statement, announcing the feature will show up on the car before March 2021.

The Japanese market will be the first to see this semi-self-driving Legend on its streets; Honda doesn’t market the Legend in North America, and our equivalent is the Acura RLX, which won’t see the tech any time soon. In Canada, the offerings in our dealerships top out at Level 2 autonomy, out of the five Levels of automotive autonomy.

The Legend has been awarded a safety certification by the Japanese government that will allow its drivers to take their eyes off the road while using the Honda’s autonomous Traffic Jam Pilot feature, although drivers must still be able to take control of the vehicle at any time.

“Self-driving cars are expected to play a big role in helping reduce traffic accidents, provide transportation for the elderly and improve logistics,” said Japan’s Ministry of Land, Infrastructure, Transport and Tourism on the announcement.

While Honda calls the Legend the “first” vehicle with Level 3 autonomy, Tesla has been touting claims that its semi-autonomous driving functions are above that mark. The definition of Level 3 autonomy, however, involves drivers being able to take their eyes off the road while the car drives.