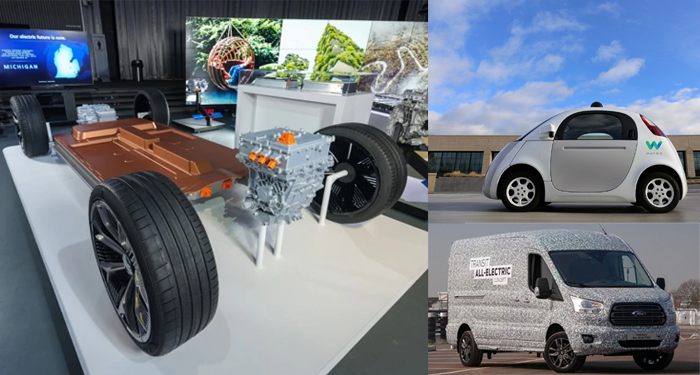 General Motors expects its battery costs to fall below the level analysts suggest would make EVs competitive with internal combustion vehicles, the automaker said Wednesday as it previewed more than a dozen of its upcoming electric models.

Through GM’s proprietary, Ultium, batteries will cost less than US$100 (CND$134.18) per kilowatt-hour, and allow for a driving range of up to 640 kilometres on a full charge, according to the automaker. That’s roughly 50 percent more than the 416-kilometre range touted by the Chevrolet Volt.

The Ultium batteries have large-format, stackable pouch-style cells for more flexibility and optimal battery energy storage, GM said. The automaker aims to manufacture the batteries through its $2.3 billion joint venture with LG Chem in Ohio and could license the technology to other companies.

The incoming GMC Hummer EV⁠—set to go into production in the fall of 2021⁠—will be the first vehicle to utilize the technology, GM said. The company plans to unveil the Ultium-powered Hummer EV prototype in May.

Other automakers, like Tesla, have been working to reduce battery costs to less than $100 per kilowatt-hour, which is widely considered to be the point where EVs can achieve price parity with internal combustion vehicles.

Autonomous vehicle developer Waymo announced it has raised US$2.25 billion in its first external funding round.

John Krafcik, Waymo CEO, said the money will help the company⁠—which has now invested more than a decade into its push to make autonomous vehicles a reality⁠—expand its global aspirations.

Other Waymo investors include two familiar faces⁠—Magna International, based in Aurora, Ont., and auto-retail giant AutoNation, which is said to have contributed US$50 million to the funding round.

“With this injection of capital and business acumen, alongside Alphabet, we’ll deepen our investment in our people, our technology, and our operations,” said Krafcik. “All in support of the deployment of the Waymo Driver around the world.”

Ford has announced it will offer a battery-electric version of its Transit cargo van in Canada and the United States for the 2022 model years as the brand looks to strengthen its leadership in commercial vehicles.

The automaker confirmed the EV will be available in a cargo van, cutaway and chassis cab configurations, plus three variations of roof heights and three body lengths. It will also feature connected modern tools, like GPS tracking and onboard diagnostics so fleet managers can better monitor their vehicles.

Ford agreed to build a Transit EV at its Kansas City assembly plant in the U.S. as part of its four-year contract with the UAW ratified late last year. It is also planning a Transit EV for the European market.

The EV van will join an F-150 EV and the Mustang Mach-E in Ford’s growing electric vehicle profile⁠—the automaker is investing more than US$11.5 billion in EV technology through 2022.