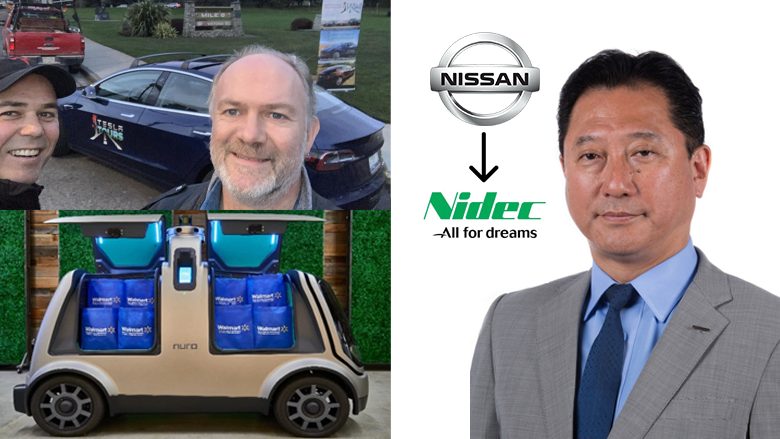 Supercharged from coast to coast

Two B.C. buddies are using Canada’s Tesla Supercharger Network to trek across the country, reportedly making them the first people to complete the coast-to-coast trip while exclusively using Tesla’s network.

Kevin Belanger and Don Goodeve kicked off their journey in Victoria, B.C. on Dec. 28. Belanger works for Tourism Victoria and Tesla Tours, which gives tourists a chance to cruise around Vancouver Island in an electric vehicle.

“This is not an official Tesla stunt, though,” Belanger told a local news source. “This is just an owner and his friend.”

The duo is making the trip is a 2018 Tesla Model 3 with an extended range.

Belanger said the budding network of Supercharger stations⁠—which he says can fully charge his Tesla 3 in 15 to 20 minutes⁠—has closed what was once a gap between Calgary, Alta. and Sudbury, Ont.

“We pull up at a charger, we plug it in, and by the time we’ve gone to the bathroom and got a coffee, it’s time to go again,” said Belanger.

According to Belanger, the trip is significantly cheaper than a cross-country trip in a gasoline-powered vehicle. He estimates the entire trip cost about $180, from Vancouver, B.C. to Halifax, N.S.

Nissan’s third-highest ranking executive, Jun Seki, who served as the company’s chief operating officer of performance recovery, plans to leave his current post for a position at Nidec Corporation, an electric motor manufacturer.

Seki took up his position of vice COO of performance recover in December. In October, the 58-year-old executive was among top contenders for the position of Nissan’s chief executive officer but missed out to Makoto Uchida.

Seki spent the majority of his career engineering and manufacturing at Nissan. He will serve as president and CEO at Nidec Corp.

“I love Nissan and I feel bad about leaving the turnaround work unfinished, but I am 58 years old, and this is an offer I could not refuse,” said Seki. “It’s probably my last chance to lead a company too.”

Nissan has seen its fair share of executive departures since the shock arrest of Carlos Ghosn. In 2018, Ghosn was arrested on allegations of underreporting his earnings and misuse of company assets.

The autonomous delivery service will use R2⁠—Nuro’s custom-built delivery vehicle, which only carries products and operates with no passengers or drivers⁠—as well as autonomous Toyota Priuses.

The program aims to learn more about how autonomous grocery delivery could work in North America, and how such a service could be improved to better serve Walmart’s shoppers.

Nuro was founded in 2018 and launched its first vehicle, the R1, in 2018. The company’s focus has been on developing a self-driving stack and combining it with a customer unmanned vehicle designed for last-mile delivery of local goods and services. Each vehicle has two compartments, each of which holds six grocery bags.