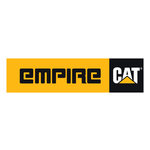 Empire and Cashman are both third-generation, family-owned Cat dealers. They share similar rich histories, values-driven corporate cultures, and strong reputations for exceptional customer and community service. Empire, which was founded in 1950, operates 22 dealership locations; Cashman, founded in 1931, operates 7 locations. Together, the combined dealership will be positioned to provide even stronger service and solutions to clients in the construction, mining, energy, agricultural, and industrial sectors as well as expanded capabilities to serve one of the country’s fastest growing areas.

Jeff Whiteman, Empire President, and CEO, said, “We have tremendous respect and admiration for MaryKaye Cashman and her team. Cashman is a very high performing dealership that has been dedicated to their people, customers, and communities for generations. We are honored and humbled by the trust MaryKaye and Caterpillar have placed in us. Like Empire, the Cashman organization is full of amazing men and women who are committed to making things better. I’m confident that the new combined team will take the business in both service territories to new levels of client success by building on the industry-leading strengths of both dealerships.”

MaryKaye Cashman, Owner, CEO & Chairman of Cashman Equipment, said, “Since taking the reins of the company in 1995, I have dedicated my life to Cashman Equipment and our fantastic team, which has done such exceptional work supporting our customers and rallying around me in my unique and new role as the head of a Cat dealership. Empire has long had a reputation for excellence among Cat dealers and, as I pursue a new chapter in my life, it is an exciting opportunity for our teams to be able to join forces. I have known the Whiteman family for decades and appreciate not just what their company does but how they have built it – with honesty, respect, and integrity, and with employees and customers always at the center. Our cultures and values share a lot of common ground, and I know that our team members will thrive in this new, combined business that will deliver even more for the customers and communities we serve.”

This transaction is expected to close in December 2022. The combined company will be led by Empire’s current CEO Jeff Whiteman and will continue to provide exceptional support to its clients while focusing on growing the business and attracting great people in one of the country’s fastest growing regions. All Cashman and Empire employees will be important for the continued success of the combined company.

Empire Southwest is an authorized Cat® dealer for heavy equipment and power systems throughout Arizona and Southeastern California. In addition, Empire is a provider of Tier 1 commercial solar products and microgrids, an authorized AGCO equipment dealer representing Fendt and Massey Ferguson, an authorized Trimble dealer through SITECH Southwest, and a premiere distributor of Maintainer, Trail King and other leading truck and trailer brands. The third-generation, family-owned company was founded in 1950 and has over 2,300 employees across 22 locations. Learn more about Empire’s products, services, partnerships, and careers at empirecat.com.

Founded in 1931 by James “Big Jim” Cashman, Cashman Equipment is one of the highest-rated Cat equipment dealers in North America. A full-service dealership, Cashman provides new and used equipment for sale and rental, as well as high-quality parts and service to construction, paving, mining, truck engine, technology, and power system industries throughout Nevada and the Eastern Sierras. For more information, visit cashmanequipment.com.