CARSTAR Brampton to soap it up 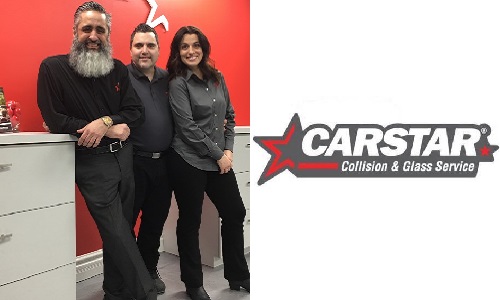 By CRM Staff
Brampton, Ontario — June 14, 2018 — On June 16, CARSTAR Brampton and CARSTAR Brampton West will play their part in raising funds to support Cystic Fibrosis Canada by hosting a “Soaps It Up” charity car wash. This is part of CARSTAR’s Canada wide Shine Month, which is dedicated to fighting cystic fibrosis.
According to Frank Sottile, one of the owners of the CARSTAR Brampton locations, the event has many great benefits that stretch far beyond supporting an important organization. “You get the personal satisfaction of giving back to the community, but you also get brand recognition.” He adds, “The team building side is phenomenal. With the staff working together to prepare for the event, it’s like a pre-party.”
While focused on washing cars, the Brampton locations will also feature a car show, a real boxing ring with demos throughout the day and a barbeque. Kid friendly entertainment includes a “fun” photo booth, clowns and face painting. “We’ve done our best to maximize it as much as we can,” says Sottile. Along with including a variety of activities, the team has put much energy into putting the word out about the day.
Over the past decade, Soaps It Up has achieved several significant milestones. Some of these milestones include helping raise $3 million for Cystic Fibrosis Canada, setting a Guinness World Record for the largest car wash in 2009 – subsequently breaking its own record two years later and created the country’s first Dirty Car Art Exhibit to support the search for a cystic fibrosis cure.
At this local car wash, funds raised will be donated to Cystic Fibrosis Canada, as part of the CARSTAR Brampton’s ongoing commitment to support its community. People can participate by purchasing a ticket for a minimum donation of just five dollars.
Cystic fibrosis is a progressive, genetic disease that causes persistent lung infections and limits the ability to breathe over time. According to CARSTAR, since it began fundraising for Cystic Fibrosis Canada back in 1997, the life expectancy of someone living with cystic fibrosis has risen significantly.
For more information about CARSTAR Soaps it Up and related events in your area, visit carstar.ca/en/about/carstar-cares/soaps-it-up.