Uber Canada’s application to expand its services in British Columbia’s interior and on Vancouver Island has been rejected by the province’s Passenger Transportation board.

The Board said it would not allow Uber to operate its ride-sharing service due to impacts on taxi companies and because it “was not convinced there exists a public need for the service.”

“It’s really disappointing that the board says it is not convinced a public need for ride-hailing services exists outside the Lower Mainland,” he wrote in a public statement. “That view does not align with what we are experiencing in Kelowna.”

Basran added that the locale’s airport is “the largest one in Canada without ride-hailing services,” and that Kelowna hears complaints from domestic and international passengers “all the time.”

Victoria, B.C. Mayor Lisa Helps also voiced her disappointment with the ruling. “Victoria’s number-one private-sector industry is tech, and tech companies have been advocating for Uber since at least 2017 or earlier,” she told Victoria newspaper, Victoria Times-Colonist. 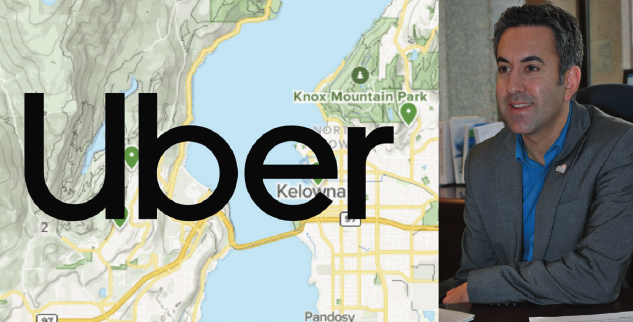 British Columbia is poised to lead the nation in EV battery recycling thanks to the province’s rapid and widespread adoption of emission-free vehicles, according to a new report from the Pembina Institute.

The environmental advocacy organization published its report, “Closing the Loop: B.C.’s role in recycling battery metals and minerals to power the electric vehicle revolution”, in early December, which delves into the role that metals and materials play in emissions reduction.

Six calls to action for the government were identified in the report:

• Assume a leadership role in engaging with neighbouring jurisdictions to ensure efficient and safe collection and transport of batteries for recycling purposes, including across borders.

• Establish clear guidelines and an efficient review process for battery recycling facility permitting and land use.

• Accelerate the timeline for implementing provincial regulations from 2026 to 2023 in order to address a growing stock of end-of-life batteries and position the province as a first-mover and regional leader.

• Support pilot projects that explore solutions to various challenges, such as Quebec’s support for a “battery passport” pilot to trace metals and minerals from mining and processing through to their use in batteries.

• Work with the federal government to establish content targets for incorporating recycled metals and minerals into battery cells produced in Canada, closing the loop on the materials chain and spurring investment in recycling capacity.

• Work with the federal government to establish battery labelling standards to ensure cell chemistry information can be used to simplify end-of-life recycling. As it stands, there are 54,000 EVs currently registered in B.C. Under the provincial government’s current plan, only zero-emission vehicles will be sold in B.C. by 2040. 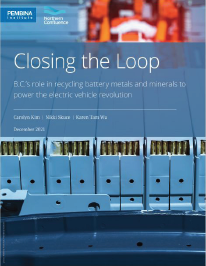 For the full report, visit pembina.org.

Fans of “Rust Valley Restorers”, keep an eye out, the History Channel is offering a new vantage point on the auto salvage industry with the new show, “Lost Car Rescue,” filmed in British Columbia.

The show puts a spin on a familiar formula by putting viewers in the cockpit with a team of five car fanatics as they fly a 1948 Stinson bush plane through British Columbia’s north searching for the most hidden of rare vehicles amid the wilderness.

The group is led by Matt Sager, alongside his brother Steve, the mechanic; Dave, the body tech; Lee, the crane operator; and Jess the pilot. “Lost Car Rescue” premiered on January 13 on the History Channel.