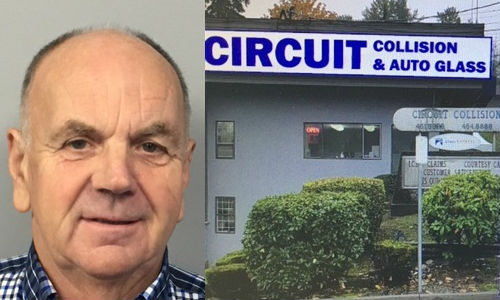 Giving back to the community is something Sly takes seriously. “Our livelihood is made from our community. Whether or not most people agree with this, the homeless are part of our community, too,” he said.

Since the program’s inception in 2005, Circuit Collision has been busy on Thursday evenings helping to feed the homeless within the community. The BC-based shop cooks up food like barbequed hamburgers, salads and upgrades to turkey dinners for special occasions. Customers often help out as well. “Customers drop off used clothing, another customer bakes goods every Thursday,” commented Sly.

The program hasn’t always been that smooth however. Sly said: “When we started, nobody trusted each other. There was so much tension you could cut the air with a knife. Now, I like to think we’re comparable to a family eating Christmas dinner together.”

Sly began the program after he realized that a group of homeless people were camped out in a bush across the street. Sly’s church group would have their weekly meetings in the house on the shop property. The group began to help fix items such as bicycles, or charge their phones. “Then my wife read in a local paper about a business that feeds the homeless every month, and she said, ‘we should do this, too,’” Sly explained.

After they first began the program Sly reached out to the community to help gain support. They contacted painters, dealers, and insurers and the response was great. “We actually got a good response from them, though it doesn’t cover all the costs,” said Sly. This wasn’t the only part of the community that supports Sly’s program, “A lot of school groups participate in the program, preparing and serving food.”

For years now, Sly and his staff have been making a difference in Coquitlam. The autobody shop has created an environment filled with compassion, not only for their customers, but for those who are homeless as well. Circuit Collision is a prime example of how small acts can create a difference.