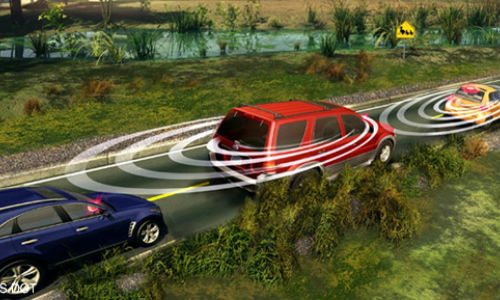 Toronto, Ontario — November 3, 2017 — In this week’s Autonomous Report we look into more details about Google’s Toronto project, Trump dumps the vehicle-to-vehicle communication rule, GM’s Cruise to reveal big plans and much, much more!

Several media outlets are reporting that the Trump administration has quietly set aside plans for a rule to require cars to be able to wirelessly talk to each other.

According to a story in USA Today, the move is jeopardizing, “… one of the most promising technologies for preventing traffic deaths.” As the digitization of the auto industry moves ahead, many expected rules put in place during the Obama administration would see new cars equipped with a technology known as vehicle-to-vehicle communications, or V2V.

According to a report by the Associated Press, “The Transportation Department estimates the technology has the potential to prevent or reduce the severity of up to 80 percent of collisions that don’t involve alcohol or drugs. V2V was also expected to provide an extra layer of safety for self-driving cars since it can detect even vehicles hidden by buildings or beyond the range of the sensors and cameras of autonomous vehicles. And it was expected to ease traffic congestion since vehicles could communicate with traffic signals, turning them green to prevent needless waiting, save fuel and reduce emissions.”

Traffic fatalities have surged over the past two years to 37,461 deaths in 2016, up by nearly 5,000 deaths from 2014. This is the largest two-year increase since the early 1960s. Some see V2V technology as an important tool in reversing the trend.

Now the Trump administration has downgraded the priority regarding the issuance of a long-expected rule around V2V. Even though “most automakers support requiring V2V” according to the AP report, President Trump has made reduction of government regulations a basic task of his government. Part of that has been to drop the proposal on a V2V rule from the list of regulations under “active” consideration by the White House Office of Management and Budget. The rule has now been placed on the list of long-term proposals.

Automakers can choose to equip vehicles with V2V capability without a rule. Some have done so. General Motors will include the technology in its Cadillac CTS sedans.

Toyota and Volkswagen are also said to be including V2V in certain models in 2019. But without a formal mandate it will be more difficult to protect the entire 5.9 GHz spectrum. Deployment will be far slower without a formal rule. Adding one more wrinkle to the debate: Some European manufacturers advise the industry to wait for next generation 5G cellular technology before introducing V2V communications. As it is, 5G is still under development and will require years of testing before it could be considered safe for use in vehicles.

The Director of the Michigan Department of Transportation was quoted as saying, “The longer we wait, and the more people die. We need to move forward with it.” After the technology-focused website Ars Technica reported on the shift in status around the rule, the NHTSA reached out to say that the organization, “… has yet to make a final decision.”

According to the report, the NHTSA replied that, “The vehicle-to-vehicle notice of proposed rulemaking was released in December 2016 for public feedback … NHTSA is still reviewing and considering all comments submitted and other relevant new information to inform its next steps. An update on these actions will be provided when a decision is made as part of the Department’s ongoing regulatory review.” That is, at least according to NHTSA, the rule is still going ahead. Until one or another of the various scenarios plays out, the only thing that can be said for certain is that the Trump administration continues to operate in a chaotic manner.

Details about the remarkable deal recently signed between Toronto and Alphabet (Google) continue to emerge. The deal will with Waterfront Toronto will see the Google subsidiary Sidewalk develop an entire neighborhood from the ground up. New digital technology will be built right into the infrastructure. The latest in tech will be applied through the new neighborhood to be built on a piece of land currently abandoned on the east side of the downtown core, right on the harbour.

The agreement seems to be a real coup for Toronto. Many of the basic ideas, technologies and practices that will inform future urban planning and design will be sorted out here. Tech sector workers involved in the project will be pioneers in the digitization of the urban Internet of Everything. As many cities vie to become the second headquarters for Amazon, the news about the Toronto deal has been generally overlooked. But arguably this is a bigger deal, as many basic concepts about how to build cities will be developed in Toronto, which will be the test ground for what Google wants to do in terms of urban development.

According to a report in the Toronto Star, “Self-driving cars replacing privately owned vehicles is part of the plan…” As well, there are plans to integrate public infrastructure, like the TTC, and cut the, “… transportation costs of residents in half.” The report goes on to note that being as a ‘smart city,’ Quayside (as the neighborhood is to be known) would use, “… sensors and cameras to collect data on the environment, noise levels and traffic — meant to improve quality of life… One application of this technology would be using cameras to analyze traffic flows to improve commutes in the future.” Autonomous cars would “eliminate much of the infrastructure that clutters up a street” like traffic lights, signs and road markings.

Not to be left behind, the National Association of City Transportation Officials (NACTO), an international organization for transportation planners and engineers, released a 50-page report that laid out some of the questions that city planners need to start thinking about in terms of incorporating AVs into future planning.

According to the NACTO report, the autonomous future could allow urban planners to develop, “… flexible options that could result in less traffic for everyone, not just those riding on four wheels.”

A former transportation official from the Bloomberg administration now serving on the NACTO board, Janette Sadik-Khan, was quoted by Wired as saying, “We don’t just need new software running on our streets–we need to update the hardware of the streets themselves.”

As experimental self-driving cars begin to appear on city streets, NACTO claims it is not too early to start thinking about building cities for autonomous vehicles. The transportation planners suggest vehicle lanes can be much more narrow in a world of AVs.

“Machines, after all, should be better at driving straight–and less distracted by Snapchat–than their human counterparts. That means more room in major boulevards for walking, biking, even loitering. Tiny parks might exist where parking metres once lived–no need to park self-driving taxis owned by companies, not individual drivers,” according to the report. “The blueprint is for building the safer future streets that cities need, where speeding is no longer an option, where cars are designed to yield and stop for pedestrians and bicyclists by default, and where people are free to cross the streets where it makes sense, rather than trek a mile to the nearest stoplight,” said Sadik-Khan.

The report goes on to say that, “New technology makes real-time, proactive street management feasible… Real-time right-of-way management and vehicle occupancy pricing mechanisms will allow cities to incentivize shared and active modes over private automobile trips, while reapportioning vehicle space as public space … As technology is embedded in urban transportation, vehicles can assume maximum rider occupancy, creating an interconnected network of mobility supply and demand whether for freight or passengers. Transit agencies will need to adapt to new consumer expectations and reshape their services to ensure seamless connections with other modes.”

Part of the new urban digital transport system will likely be GM’s self-driving unit known as Cruise. The company announced it is hosting a special event at the end of November with tagline “Come experience our vision of a self-driving future.” So far details are scarce. A report on Tech Crunch speculates that Cruise, “… will take the opportunity to allow media and other guests to experience their pilot self-driving ride hailing service.”

GM bought up the company, but has allowed it to run as a Silicon Valley-style start-up, outside the famously rigid and formal bureaucracy that is GM. The company has been moving quickly to bring a product to market. Cruise is currently testing self-driving Chevrolet Bolts in San Francisco. Cruise has equipped the EVs with autonomous hardware and software. So far the on-demand ride service has been, “… available to Cruise employees … in a pilot that offers pickups and drop-offs anywhere in San Francisco, and which uses an app for hailing vehicles.”

According to the report, “Cruise has talked previously about how its testing experience in the dense urban environment of San Francisco has given it an edge in terms of optimizing its systems for the most difficult use cases faced by autonomous driving. The company also announced earlier this year that it’s going to begin building cars specifically designed for autonomous use at scale with GM, using the Bolt platform as a base.” Now it seems the company feels it is ready to gear up and, “… show people outside the company what it’s like to use its ride hailing service.”

Also expected at the meeting is an update, “… regarding a timeline for a public-facing service deployment.”