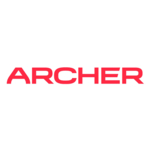 SANTA CLARA, Calif.–(BUSINESS WIRE)–Archer Aviation Inc. (NYSE: ACHR), today announced that they will be unveiling Midnight, the company’s first production eVTOL aircraft, at an Open House event on November 16, 2022. The event will provide further details on the aircraft’s specifications and capabilities, including its proprietary electric powertrain system, as well as the company’s progress towards FAA certification of the Midnight aircraft.

In August of this year Archer first announced Midnight, following the successful completion of the aircraft’s Preliminary Design Review (PDR). The PDR covered all aspects of the aircraft’s specifications and manufacturing requirements, necessary pre-conditions for determinations that the design is feasible for regulatory compliance and viable to bring to market. Midnight is expected to have a payload of 1,000+ pounds, which supports four passengers and a pilot, and a charging turnaround time of approximately 10 minutes for the company’s target flights, enabling Archer’s UAM network operating model.

In August 2022, United Airlines made a $10m pre-delivery payment for 100 of the Midnight aircraft, further signaling the carrier’s confidence in the aircraft’s development. In addition to announcements around Midnight’s technical capabilities, attendees of the Open House will have the opportunity to view a test flight of the company’s full-scale technology demonstrator at Archer’s flight test facility.

“From day one, Archer’s goal has been to build a commercially viable business that will revolutionize intra-city travel. We’ve made phenomenal progress in the development of our eVTOL aircraft technology and I am excited to share the aircraft that will deliver on that vision as part of our Open House event,” said Adam Goldstein, Archer’s CEO.

Partners participating in the event will include United Airlines, as well as global automotive manufacturer, Stellantis. Stellantis has been working with Archer since early in their eVTOL aircraft’s development, and are a key partner in Archer’s plans to achieve manufacturing at scale for its aircraft.

“Collaboration has always been a cornerstone of our mission,” said Tom Muniz, Archer’s Chief Operating Officer. “Delivering a safe, sustainable revolution in air travel will take our collective vision and expertise, and I can’t wait to stand alongside the Archer team next month to share how together we are bringing our long-term plans to life.”

Archer is designing and developing electric vertical takeoff and landing aircraft for use in urban air mobility networks. Archer’s mission is to unlock the skies, freeing everyone to reimagine how they move and spend time. Archer’s team is based in Santa Clara, CA.