Arviat, Nunavut — July 22, 2014 — There are significant challenges to recycling vehicles in Canadaâ€™s North, but a recent trip undertaken by industry stakeholders shows that community support isnâ€™t one of them.

Tundra Take-Back is a pilot project being administered through Summerhill Impact, a not-for-profit organization focused on creating and delivering environmental initiatives with partners in the government and business sectors. Summerhill Impact has partnered with the Auto Recyclers of Canada (ARC) and numerous other organizations to help bring the project to fruition.

Steve Fletcher of ARC, Janet Taylor and Jennifer Court from Summerhill Impact, and Bob Downey from Gerdau Ameristeel recently traveled to the community of Arviat, Nunavut both to physically examine the vehicles that are in need of recycling and to build community engagement.

The trip was an unquestioned success from both perspectives.

â€œWe were meeting with a lot of the local officials and other sponsors and partners,â€ says Fletcher. â€œWeâ€™ve been in discussion with them before, but itâ€™s important to have the face-to-face meetings and gain a better understanding of what they want to accomplish.â€

Fletcher says it was also important to physically examine the location near the community where metals are dumped. While a preliminary examination was conducted in May, the melting snow has revealed far more of the landscape and the discarded vehicles.

â€œItâ€™s an evolving project,â€ says Fletcher. â€œLooking at it, I thought â€˜part of this will be more complex than we ever thought,â€™ but a lot of people came forward and said they were committed to helping.â€

Part of the reason for this trip was to build community engagement. The trip happened to coincide with Nunavut Day, a celebration of Nunavut gaining official status as a Canadian territory.

â€œWe were in the parade for Nunavut Day, carrying our banner and handing out candy,â€ says Fletcher. â€œWe also took part in the celebration that night at the community centre. We brought along a piÃ±ata shaped like a car that turned out to be quite popular.â€

Janet Taylor of Summerhill Impact will be running the recycling program in Gjoa Haven, another community in Nunavut. She says one part of the celebration at the community centre brought home that the Tundra Take-Back program is generating a positive reaction in the community.

â€œWe made an announcement, translated into Inuktitut, about the program and why we were there,â€ says Taylor. â€œWhat was really interesting to me was that, despite being a very busy room, everyone went quiet. There were actual cheers when the announcement was finished.â€

Members of the team were also invited to serve as judges for several Nunavut Day competitions. Steve Fletcher was one of the judges for the traditional dress competition, while Taylor and the others served as judges for Nunavut Day cakes. The trip lasted a few days longer than originally intended, as weather conditions prevented flights from landing for several days. The time wasnâ€™t wasted, though, as the team not only spent more time engaging with the community, but also gaining valuable insights about conditions in Nunavut.

â€œThe people who live there have the attitude that you canâ€™t do anything about what may happen, so you have to be adaptable,â€ says Fletcher.

These are words to live by for a program like Tundra Take-Back. While the program can leverage the strength and expertise of recycling professionals from other areas, it must be suited to conditions as they are.

The extra days in Nunavut also resulted in a few animal encounters, including a run in with a polar bear and the sighting of a pod of beluga whales entering Hudsonâ€™s Bay.

â€œWe saw a polar bear near the metals dump,â€ says Fletcher. â€œWe were told to expect that, so it wasnâ€™t a shock. But one of the locals asked me â€˜did you see the bigger one?â€™ We had not so it made us a little nervous.â€

For Taylor, the animal sightings helped to reinforce the importance of the mission.

â€œBeing able to visit both Arviat and Gjoa Haven, you can sometimes see pollutants from these vehicles trickling into the ground,â€ she says. â€œLook just beyond, you can see the tundra, pristine and beautiful, and just beyond that, the Arctic Ocean. It really brings home how important it is that we protect one of Canadaâ€™s most iconic places.â€ 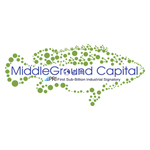