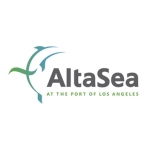 In collaboration with leading environmental groups and public/private stakeholders, the 52-page report provides blueprint for decarbonization of the maritime transportation and goods movement in LA.

LOS ANGELES–(BUSINESS WIRE)–AltaSea at the Port of Los Angeles released a 52-page white paper that illustrates how Southern California is exceptionally well situated to jumpstart an economically self-sustaining green hydrogen economy. AltaSea led the research and drafting of the white paper with a number of partners, including 7th Generation Advisors, Accenture, Energy Independence Now, and Momentum.

The report shows that California has the vast majority of hydrogen refueling stations in the United States, 71% of total number of hydrogen fuel cell electric vehicles (FCEVs) in the United States, and an abundance of hard-to-electrify sectors that would benefit from hydrogen-electric technologies. These strengths, the report said, are backed by one of the globe’s strongest economies. In 2021, California’s gross domestic product (GDP) was $3.36 trillion, representing 14.6% of the total U.S. economy. If it were a country, California would have the fifth largest economy in the world.

“Both California as a whole and the Southern California region in particular are leading efforts to decarbonize the state’s modern economy, while creating new jobs, advancing equity, and tackling some of the state’s most pressing environmental challenges, including drought, wildfires, extreme heat, poor air quality, and pollution,” said the report, which can be downloaded at: https://www.socalh2.org/vision.

As a part of this larger, statewide effort, AltaSea has been engaged with many organizations in Southern California to form the Southern California Green Hydrogen Cluster. Since early 2022, this informal group of stakeholders has met regularly to discuss the much-anticipated DOE Regional Clean Hydrogen Hubs funding solicitation and how the region can best support a statewide application to this program.

“We are just scratching the surface of how an investment in the environmentally and economically sustainable green hydrogen market can benefit our planet,” Tamminen said. “The research we have conducted and presented in this white paper makes it clear that a renewable hydrogen hub in California would accelerate the transition to a carbon-neutral economy and would create high-quality jobs, improve air quality and drive down costs.”

AltaSea expressed its appreciation to the U.S. Department of Energy (DOE) for its leadership, guidance, and funding of the statewide California Renewable Hydrogen Hub under development by the California Governor’s Office of Business and Economic Development—GO-Biz.

About AltaSea at the Port of Los Angeles

AltaSea at the Port of Los Angeles is dedicated to accelerating scientific collaboration, advancing an emerging blue economy through business innovation and job creation, and inspiring the next generation, all for a more sustainable, just, and equitable world.