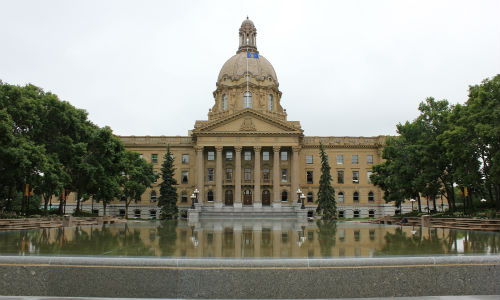 Edmonton, Alberta — October 7, 2016 — Bill 203—a proposed Alberta private members bill to replace the current Fair Trade Act—was recently sent to committee for debate, but the Canadian Independent Automotive Association (CIAA) has a list of recommendations it says should be made if the bill is to become law.

CIAA has issued statements via its website regarding which parts of the bill should be changed and why. It’s a long list, but in brief, the association believes many parts of the bill are either not needed, as they are covered under current regulations, or are incompatible with the realities of automotive repair. One example is that the bill calls for a regulation that would limit the charge for a diagnostic fee.

CIAA notes that while this may be possible in the collision repair business, it wouldn’t work in service and repair.

“Use of the word estimate is the issue,” according to the statement on CIAA’s website. “No one charges for an estimate in service and repair. The customer should be asked to approve a diagnostic procedure to determine what needs to be repaired. The price of the diagnostic may be increased with the client’s approval if the cause and correction are not revealed within the value of the initial procedure.”

While this may specifically be an issue for the service side of the business, Bill 2013 also deals with numerous items that could potentially impact the collision industry, such as sublet requirements, used part return requirements, customer authorization and mandated warrantees.

Calgary-West MLA Mike Ellis opposed Bill 203 at its first reading. A former licensed mechanic, Ellis made it clear in an interview with Collision Repair magazine in April that he thought the bill was unnecessary.

“The first thing that jumped out at me, if you look at the statistics and you look at the numbers provided by collision repair shops and the Alberta Motor Dealers Association, we had 5,000,000 services in 2015 and we only had 45 consumer complaints. None of which ever lead to any charges or fines,” Ellis said.

In the same interview, Ellis also said that, statistically speaking, there simply isn’t much of a need for new consumer protection legislation. Ellis attributed this to the work of the current regulatory body in the province, the Alberta Motor Vehicle Industry Council (AMVIC).

AMVIC is Alberta’s automotive industry regulator. The organization was incorporated under the Alberta Societies Act as a not-for-profit organization to help administer motor vehicle industry regulations as outlined in the Fair Trading Act on February 12, 1999. CIAA also references AMVIC’s work on its website, and notes that they and other industry associations were not consulted before Bill 203 was read.

“Frankly, it’s unnecessary and that’s why it’s important when you’re in a position to put Bills forward that you must consult with stakeholders,” said Ellis. “If you consult with the stakeholders such as the Motor Vehicle Association and the Independent Automotive Association, you would have found the legislation—which is modeled after Ontario’s —is unnecessary. We already have good legislation in place to take care of consumer complaints in the automotive industry.”

CIIA is hosting two conference calls to discuss Bill 203. The calls are set to take place at October 12 from 12 to 1 p.m and October 13 from 7 to 8 p.m. More information regarding the call can be found at kingsgateauto.com/ciaa/index.html.