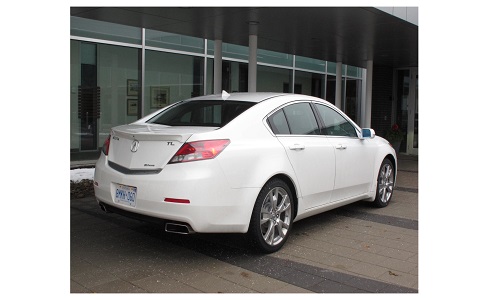 By CRM staff
Toronto, Ontario — December 20, 2018 — An Acura vehicle owner in Cape Breton thought he was just paying for an oil change but instead paid for a diagnostic problem that involved the engine.
Bob Martel is the owner of a 2012 Acura TL that he paid $41,000 for. He received a warranty extension notice from Acura stating that some of their 2009-2014 models with 3.7-litre V6 engines could experience excessive oil consumption.
Acura sent out these notices because of a possible manufacturer defect — in response they wanted to perform a test on these models of their vehicles to see if they were using too much oil.
But the note didn’t say that Martel would have to pay for the oil change associated with the test.
This isn’t anything new for Acura. Car expert Doug Bethune revealed that Acura has been producing vehicles with high oil consumption for years. According to CBC News, he points to an investigation by an American law firm into this issue with an eye to a possible class-action lawsuit.
The notice also read that Acura is extending the warranty on affected vehicles for six months starting Nov. 15, 2018 with no mileage limit. After that, the warranty period will change to eight years from the original date of the vehicle purchase or 200,000 kilometres, whichever comes first.
Acura stated that if there’s a problem they will repair the affected engine components. According to executive director of the Automobile Protection Association, George Iny, this could cost anywhere from $3,000 to $8,000 dollars.
Iny said customers who don’t want to pay for the oil change could arrange for the diagnosis when a scheduled oil change is required that way they don’t have to pay for the repair in the end.
Martel said he was told by an Acura representative that because of customer loyalty, he could apply for a refund of the oil change fee. Martel said he’s not agreeable to that and wants the fee waived, but also said he has little choice but to get the diagnosis.