Toronto, Ontario — As the war in Ukraine entered its sixth month last week, every little bit of aid to the country effort counts for something, with the city of Toronto announcing last Friday that it will donate four end-of-life vehicles from its fleet, including two emergency response vehicles, to assist the civilian relief effort.

The donation comes following a request for end-of-life vehicles from Ukrainian Ambassador to Canada Yulia Kovaliv during a meeting in late April.

“Toronto and Kyiv enjoy special relations of a sistership, and today’s announcement proves the significance of such ties,” said Kovaliv, in last Friday’s press release.

“The destination points of these vehicles are medical centers in the Kyiv region —places near Bucha, Vasylkiv and Vyshgorod. You are very well aware of the names of these locations now from the news reports. These are the places severely damaged by the Russian occupation. On the most critical days, you help with the most critical needs. [We are] grateful to the city of Toronto, to Mayor John Tory for this decision.”

Among the four vehicles sourced for donation to the war-torn country are two emergency response vehicles from Toronto Paramedic Services, which are equipped with lights, sirens and basic first aid supplies.

According to Toronto’s top paramedic, the service has donated ten decommissioned emergency vehicles in the past to aid international humanitarian efforts and is proud to do it again for Ukraine.

“Since 2012, Toronto Paramedic Services has donated ten decommissioned emergency vehicles to support humanitarian efforts in various parts of the world. I’m incredibly proud of the hard work of our staff who have made this particular donation possible—showing that our care and compassion touch the lives of people in Toronto and beyond,” said chief of the Toronto Paramedic Services, Paul Raftis.

The Atlantic Ukrainian Association, at the request of Embassy of Ukraine in Canada, will handle all of the shipping requirements for getting the vehicles to Ukraine. 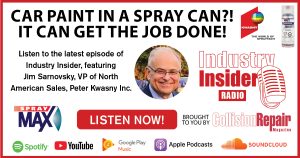