ELGIN, Ill.–(BUSINESS WIRE)–Heritage-Crystal Clean, Inc. (Nasdaq:HCCI) plans to release its financial results for the second quarter of 2020, which ended June 13, 2020, after the market close on Wednesday, July 22, 2020. The company will host a conference call on Thursday, July 23, 2020 at 9:30 AM Central Time, during which management will give a […] 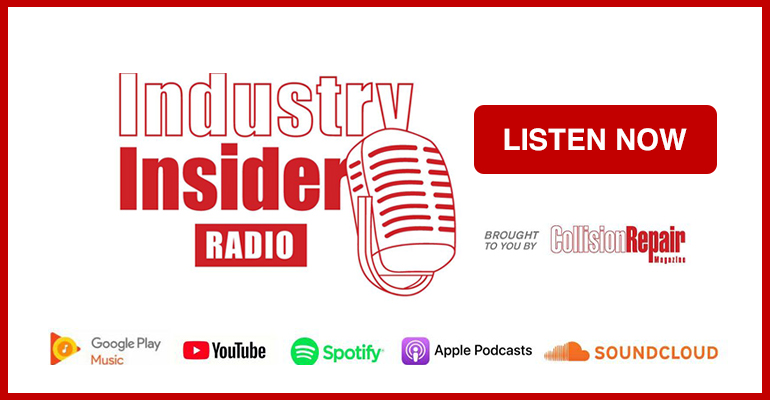 Toronto, Ontario — On this week’s episode of Industry Insider, Collision Repair chatted with Naeem Hassan, owner of Calgary’s Central Auto Repair, to hear how his facility has stepped up to help its community in crisis. On June 13, Alberta experienced the costliest hailstorm in Canadian history, resulting in more than 1.2 billion dollars in […]

Calgary, Alberta — The hail storm that rocked Calgary and its surrounding areas on June 13 caused nearly $1.2 billion in insured damages, according to Catastrophe Indices and Quantification (CatIQ)—inheriting the momentous ranking of the costliest hail storm in Canadian history, and situating itself as Canada’s fourth most expensive insured natural disaster. In response to […]

Vancouver, British Columbia — The Insurance Bureau of Canada (IBC) has published an open letter to British Columbia Premier John Horgan, outlining the auto industry’s concerns with Bill 11. In its letter, IBC highlights a new proposal for offering vehicle damage coverage when a driver is not responsible for an accident. It states the bill […]

Brampton, Ontario —  Fix Network, Ontario welcomes Steve Ramdan and Brian Ganase as the first franchise strategic partners to offer auto glass repair and replacement services using NOVUS Glass mobile van. The NOVUS van handles any repair or replacement needs customers may have wherever they are.  “In today’s reality there is a real need for […]

ROAD TRIP Elon Musk has revealed that the Tesla Cybertruck will attempt a cross-country trip later this year—potentially highlighting the Cybertruck’s road-tripping capabilities. The trip was announced after Michael Hodges stated the East Coast also needed to see the truck—since the vehicle has mainly been showcased in the West Coast.  This road trip will allow […]

Toronto, Ontario ⁠— On July 28, at 2 p.m. EST (1 p.m. CDT), Dave Luehr’s Elite Body Shop Solutions will be hosting a webinar alongside Aaron Schulenburg, the executive director for the  U.S.-based Society of Collision Repair Specilalists (SCRS). Schulenburg will join Luehr for the Power of Community: The Grass Roots of SCRS and What […]