Tuesday Ticker: AkzoNobel and PPG takeover saga may end up in court 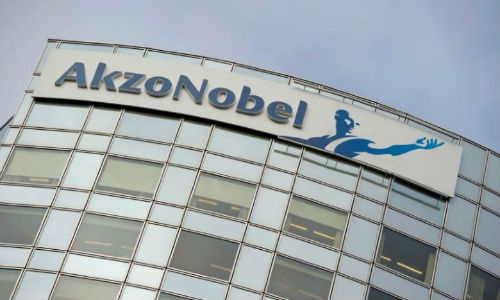 Toronto, Ontario — May 15, 2017 — This week’s Tuesday Ticker takes a look at the latest round in the ongoing attempt by PPG to buy AkzoNobel, Boyd Group reports its first quarter results, BASF partners with Essentium Materials on 3-D printing and much, much more!

-The AkzoNobel/PPG takeover drama moved into a new phase this past week. PPG has put forth three offers. All have been rejected by AkzoNobel management. Now, one of the company’s investors, Elliot Management, has announced it will take the case to court.

To this point, AkzoNobel’s management has relied on unique Dutch laws that help managers resist takeovers and has emphasized the need for a consideration of employment levels and pensions. The company has been putting out a press release a day for a few weeks now—the press releases invariably advertise all the corporate good deeds the company undertakes as it courts Dutch politicians and stakeholders in the company. Pushing back against these efforts is Elliot Management, an activist hedge fund with over 3 percent of the AkzoNobel share float.

Elliott is somewhat notorious for its active efforts to generate financial returns. According to a report, “The firm is most famous for its long legal battle over Argentine debt, which climaxed when the firm seized an Argentine naval ship docked in Ghana.” Now Elliott began legal proceedings to remove Antony Burgmans, Chairman of AkzoNobel, and the one who determines rulings of a special board that can overturn shareholder actions.

Backing up Elliot in its efforts was another shareholder of AkzoNobel, another American fund named Tweedy Browne. In a statement issued last week, Tweedy Browne made it clear what it thought of AkzoNobel management. According to Tweedy Browne, the branding of its corporate governance is a “hoax”. The fund claims there is a “crisis of confidence” among investors. Tweedy urged the company “to engage with US rival PPG.”

PPG faces a June 1 deadline to make a formal bid for AkzoNobel or walk away “for a six-month cooling-off period under Dutch takeover rules,” according to Reuters. The story went on to say, “Successful hostile takeovers of Dutch companies by foreign buyers are extremely rare, and face an array of difficulties, not least Akzo’s constitutional defense mechanism put in place in 1926 which can be activated to repel unwanted takeovers as well as some board changes … In addition, the country’s economy minister and other politicians have said they oppose a takeover of Akzo.”

– Boyd Group Income Fund announced its Q1 numbers last week. Revenue came in at $378.9 million, an increase of 8.2 percent over the same period last year. The company registered modest same-store sales growth of 1.2 percent. The 8.2 percent increase includes new revenue from the 65 locations added since the first quarter of 2016.

CEO, Brock Bulbuck, blamed the slow same-store sales growth on the weather. “As stated in our Q4 2016 earnings results, the extremely warm and dry weather conditions we experienced in many of our markets, combined with currency headwind, had an adverse impact on our results this quarter,” said Bulbuck in a press release. “Notwithstanding these headwinds, we still reported meaningful growth in sales and earnings and we continue to be confident that we are on track to achieve our previously stated long-term goal of doubling our size by 2020 … Despite the impact of weather and currency in the quarter, our overall results show that the business is robust and has been built to withstand fluctuations in regional market conditions.” The company added eight locations during the first quarter of 2017.

– BASF has announced a partnership with 3D printing technology company Essentium Materials. The company utilizes something called “fused filament fabrication (FFF) technology … [to enhance] layer-to-layer adhesion of 3D printed parts … The companies report that they are combining their core strengths to provide a range of polymer solutions that overcome the traditional interlayer weakness of 3D printed parts,” according to a report on Canadian Plastics. “FFF is said to be uniquely suited to provide printed parts that are both structural and composed of filaments loaded with functional fillers.”

– 3M has announced it will sell its “tolling and automated license/number plate recognition business” to a firm called Neology. According to a report, “The business is part of 3M’s Traffic Safety and Security Division with an annual revenue of $40.0 million. The business includes mobile and fixed cameras, software, and services in automated license/number plate recognition, RFID (radio-frequency identification) readers and tags, automatic vehicle classification systems, lane controller and host software, and back office software and services.” John Riccardi, VP and GM for 3M’s Traffic Safety and Security Division was quoted as saying, “3M believes that the best path forward for this business is with a company focused on tolling and electronic vehicle registration technology.”

– GM’s “car-sharing operation is not a threat to its core business of selling vehicles,” said the head of that company’s new Maven car-sharing service in New York City. The service allows lets members rent vehicles for up to 28 days. The car service is said to be able to provide a car “for under $100 a day.” The company takes care of insurance and fuel costs. Presumably such a business model will see a reduced demand for vehicles overall. Nevertheless, “We view this is as very complementary to our core business,” said the head of Maven. “Our consumers are changing their preferences. They consume transportation as a service, especially in the big metropolitan areas like New York … To get customers excited about the cars that GM produces in an innovative way, this is huge … You seamlessly open your door with a phone and you just get in and go,” she was quoted as saying. The company will also “loan cars on a short-term basis to the ride-share industry,” said the source. “You can drive for Lyft, you can drive for Uber … drive for delivery services like Grubhub and Instacart.”

– State Farm plans to shut down 11 US facilities, displacing about 4,200 workers, after a $7 billion annual underwriting loss last year on auto policies, according to Bloomberg.

– A former VP is suing US-based consolidator ABRA Auto Body & Glass, citing alleged breach of contract. Dominic Del Giorno filed a complaint in April in the US District Court for Eastern Pennsylvania, alleging the defendant refused to pay the plaintiff due severance compensation. According to the complaint, the plaintiff alleges he was promised the severance in his position if he was terminated or resigned. The plaintiff holds ABRA Auto Body & Glass responsible because it allegedly failed to pay the six months’ salary due. The plaintiff requests a trial by jury and seeks judgment against the defendant for an amount that exceeds $75,000 and court costs.