Tuesday Ticker: Axalta execs buy in, consolidation in the jobber world and the impact of rising oil prices 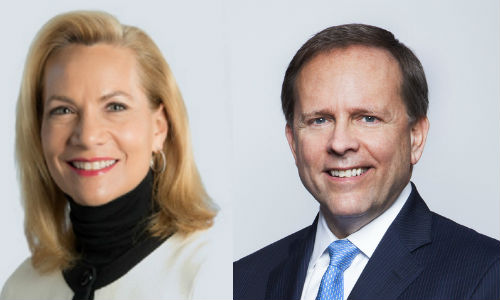 Toronto, Ontario — December 5, 2016 — Tuesday Ticker rounds up the most important business news from companies operating in the auto claims economy. This week we dive into a report that shows Axalta’s execs believe in the company’s future, Uni-Select’s latest acquisitions and consolidation in the jobber market, why investors are interested in AutoZone and much, much more!

– A report in the financial press notes corporate insiders at Axalta have been buying shares of late. It is considered a good sign of strong business when executives at a company are buying shares in their own organization. In late October the company reported that Director Ryerkerk Lori and CEO Charles Shaver both bought shares in Axalta. Four analysts rate the stock a Strong Buy. Eight analysts rate it a Buy.

– Research analysts at investment bank Gabelli last week released estimates for full year earnings for Uni-Select. The Gabelli analyst anticipates the firm will post earnings per share (EPS) of $1.82 for 2016. Looking ahead, the analyst expects Uni-Select to have an even better year in 2017, with Uni-Select generating earnings of $1.98 per share. Uni-Select currently enjoys a consensus recommendation of “Buy” from the seven analysts that cover the stock. The company also recently acquired the two Vancouver-area outlets of Pacific Parts.

In a related story California-based industry analyst Bradley Mewes was quoted as saying that bigger companies in the jobber industry are “very, very, very interested in acquisitions right now,” according to a report on Repairer Driven News. According to Mewes many, “…  of the same forces driving consolidation in auto body — cheap credit, the ability to grow quickly through small-business acquisitions” are at work in the jobber sector. The benefits that come from economies-of-scale are driving the acquisitions of big players like Uni-Select. Mewes traces the start of Uni-Select acquisition spree back to, “Uni-Select’s sale of its parts business for $340 million in 2015.”

– Shares in paint-maker Sherwin-Williams have been trending higher of late, even as overall stock indexes have traded lower. Some positive analyst, like one from Atlantic Securities, which has just initiated coverage on Sherwin-Williams stock, have generated positive interest in the stock. The one-year price target of $304.14 assigned by Atlantic is about $25 higher than the current price range of the stock.

– Oil prices rose more than eight percent last Wednesday as some of the world’s largest oil producers agreed to curb oil output for the first time since 2008. The higher price of oil will be good for the Albertan economy, which has been suffering as a result of lower oil prices. The commodity-heavy S&P/TSX composite index was up 83.04 points on the day. On Thursday crude was up another four per cent, breaking the US$50 a barrel mark. The price could eventually sap some strength from the consumer economy as gasoline prices rise.

– According to Fortune magazine, “Fiat Chrysler’s stock has soared since Trump’s election, something widely attributed to his appointment of climate-change skeptic Myron Bell as head of his Environmental Protection Agency transition team.”

– Investment funds seem to be quite interested in American auto parts distributer AutoZone. The financial trade press reported last week that the Caisse de Depot et Placement (The Caisse), the major public sector pension fund in Quebec, bought up shares in American parts distributor AutoZone. The Caisse has a stake in Fix Auto and a seat on the company’s board. According to a financial trade magazine, The Caisse bought shares of AutoZone during the second quarter worth about $77,251,000. Several other funds picked up stakes in AutoZone as well. Nordea Investment Management AB, a hedge fund, increased its stake. Emerald Acquisition, Old Mutual Global Investors UK and Trilogy Global Advisors all purchased new stakes in the company. Hedge funds and other institutional investors now own 94.06 percent of the company’s stock.

– FOCUS Investment Banking reported last week that it had represented Robert W Mallon Inc., the fifth paint jobber involved in an ownership deal handled by the firm in the past 16 months. The company has a dedicated Automotive Group, specializing in “… representing collision repairers, paint and parts jobbers, dealers and related vendors in mergers and acquisitions …” Deal flow in the jobber market has, apparently, been strong, the sale of Mallon to Colours, Inc., “one of the fastest growing PPG Platinum paint distributors in the United States,” according to a press release from the company. David Roberts of FOCUS predicted that the next three years would see more consolidation in the sector, according to a report on Repairer Driven News. “The next 24-36 months will see increasing acceleration of consolidation in the paint jobber business,” Roberts is quoted as saying. “The big consolidators will continue to buy lots of smaller jobbers but will increasingly target larger ones. Medium sized jobbers will also be targeting their competitors, trying to bulk up and compete more effectively. Small jobbers will continue to exit the business at an increasing rate.”