The people behind Boyd: Consolidator elects Board of Trustees

Winnipeg, Manitoba — May 24, 2016 — Boyd Group has announced the results of the vote for the election of the Board of Trustees. The vote was conducted at the Annual Meeting held recently in Winnipeg.

Dave Brown is currently President and CEO of Richardson Capital and Managing Director of RBM Capital Limited. Previously, he was Corporate Secretary of James Richardson & Sons and a partner in the independent law and accounting firm of Gray & Brown. Brown also serves as a Director of GMP Capital, Plastic Moulders Limited, Trillium Health Care Products and Richardson Financial Group. He graduated from the University of Manitoba law school, and is a Chartered Professional Accountant and member of the Manitoba Bar Association.

Brock Bulbuck is the President and CEO of the Boyd Group Income Fund. Since joining Boyd in 1993, he has played a leading role in the development and growth of the business. He is a Chartered Professional Accountant and is responsible for the affairs of the Boyd Group Income Fund, including strategy, operations and performance. He is also Past Chair of the Winnipeg Football Club Board of Directors, a member of the Canadian Football League Board of Governors and a Director of the Pan Am Clinic Foundation.

Allan Davis is the Independent Chairman of the Fund’s Board of Trustees. He is also President and Director of AFD Investments, a Winnipeg based management consulting firm. Davis is also a member of the Exchange Income Corporation Board of Directors.

Robert Gross is Executive Chairman of Monro Muffler Brake, the largest chain of company-operated automotive undercar repair and tire service facilities in the US. He served as CEO of Monro from 1999 until October 2012. Prior to his time at Monro, Gross served as Chairman and CEO at Tops Appliance City and before that as President and COO at Eye Care Centers of America.

Timothy O’Day is the President and COO of the Boyd Group’s US arm. He joined Gerber Collision & Glass in February 1998. Boyd acquired Gerber in 2004, at which time O’Day was appointed COO for Boyd’s US Operations. In 2008, he was appointed as President of US Operations, in addition to continuing as COO. Earlier in his career, he was with Midas International, where he was elevated to Vice President – Western Division, responsible for a territory that encompassed 500 Midas locations. O’Day also serves on the I-CAR Board in the US as Vice Chairman and served on the board of the Collision Repair Education Foundation until March 2016 for a period of six years. 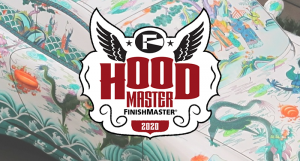 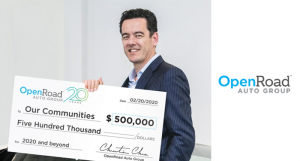