Gatineau, Québec — In the name of wholesome competition and consumer choice, Canada’s Competition Bureau has ruled that Turo Inc. must terminate a terms of service policy that prevented users from listing a vehicle on multiple car sharing platforms at the same time it is listed on Turo’s platform. In its Wednesday press release, the […]

Charlottetown, Prince Edward Island — Turo will be available in Newfoundland and Labrador, and Prince Edward Island on May 17, the car-sharing company announced last week. After launching in Nova Scotia in 2019, Turo began plans to expand its services to the rest of eastern Canada. “This expansion couldn’t have come at a better time,” […]

Vancouver, British Columbia — A proposal currently in front of Vancouver city council looks like it would be enough to make Karl Marx blush, as the city is weighing out how to make the most of peer-to-peer car sharing in an urban centre. The city is currently looking for ways to support companies like Turo; […]

Sharing is Caring: Car share service kicks off service in Victoria just in time for the long weekend

Victoria, B.C. — Just in time for the long weekend, Evo Car Share is introducing its fleet of 80 sustainable vehicles to Victoria, B.C. with the launch of Evo Victoria, beginning Aug. 1.  As the province’s restart plan continues to strive towards bringing people back together, Evo, created by parent company BCAA is providing an […] 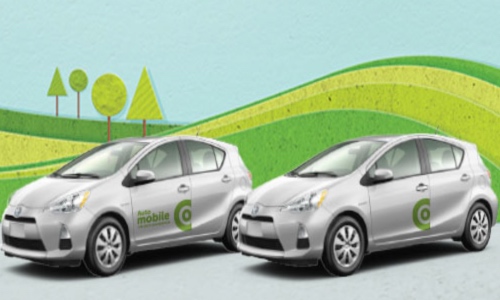 By CRM staff Toronto, Ontario — October 10, 2018 — In what is being called a ‘free-floating’ car-share pilot, Torontonians will be able to pick up and drop off vehicles in residential areas as soon as November. Based out of Montreal, Communauto is the longest-running Canadian car-sharing company, and the first to receive a permit […]