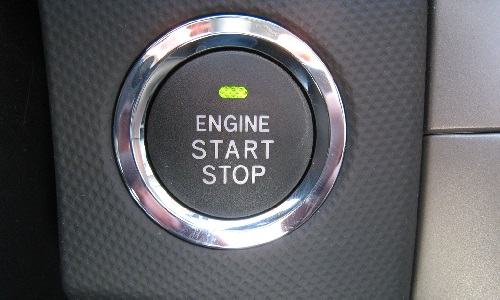 Toronto, Ontario — May 16, 2018 — Over the past decade, a subtle but important feature has been added to many vehicles: a push-button start. Most consumers would agree that the replacement of key-turn ignitions was a welcome one – push-starts are much more stylish after all. However, recent discussions on the innovation have turned to the unforeseen danger which has arisen from the use, or rather misuse, of this new technology.

Many consumers may be unaware that push-starters were very common until post-World War II, when keyed ignitions became standard. When push-button engine starts were re-introduced into the market, gaining popularity around the time the Toyota Prius arrived on the scene in the early 2000s, drivers needed to insert the entire fob into the ignition in order for the push-start to engage the engine. It was also required that the engine be turned off before the fob could be removed.

This is no longer the case. Many models have introduced even more fascinating tech that now allows drivers to unlock the car, and even start the engine, with the fob simply in range of the vehicle. The issue with this is what happens when drivers forget to turn off the engine and leave the vehicle running after they have left the car with the fob in-hand.

As a result, reports of drivers dying from carbon monoxide poisoning after forgetting to turn off their vehicles have begun to surface. An attorney who has already represented several families in lawsuits of this nature believes that, without having to insert a key or fob into the ignition, drivers are becoming disassociated with their vehicles.

Carbon monoxide poisoning is well-known to be a silent killer, due to its lack of scent and colour. It only needs to be breathed in over a relatively short time in order to cause serious health issues. Add this to the fact that vehicle engines are becoming consistently quieter and you get the perfectly disastrous cocktail that has resulted in these deaths. Thus it is reasonable to believe that, for example, after pulling your car into the garage you get out to unload some groceries, forgetting to turn off the engine in the process, and get distracted while inside, leaving the engine running.

Within a closed, attached garage, it is estimated to take only 2.5 hours for carbon monoxide to reach lethal levels in the air. At this degree, it would take only five to ten minutes of exposure before a person lost consciousness from breathing in the gas.

The idea that there do not already exist standard safety measurements against this type of thing happening has shocked some consumers. Even cellphones and laptops have an automatic “sleep” mode defaulted into their systems to save users’ battery life. While some models do have features against this – a time-out period after which the car will turn itself off, or an alarm that sounds when the car is left running without the fob nearby –these models are few among the many.

On top of standard safety features, consumer awareness is needed in order to stop these senseless accidents from occurring. While it is still unconfirmed whether any such instances have happened in Canada, there have been at least 25 related deaths in the United States, with one source claiming that in reality, this number might be even higher.

The first recommended regulations were proposed four years ago, but automakers and legislators have yet to implement any standards regarding the issue. Safety advocates continue to be vocal about the need for higher standards surrounding push-start ignitions.